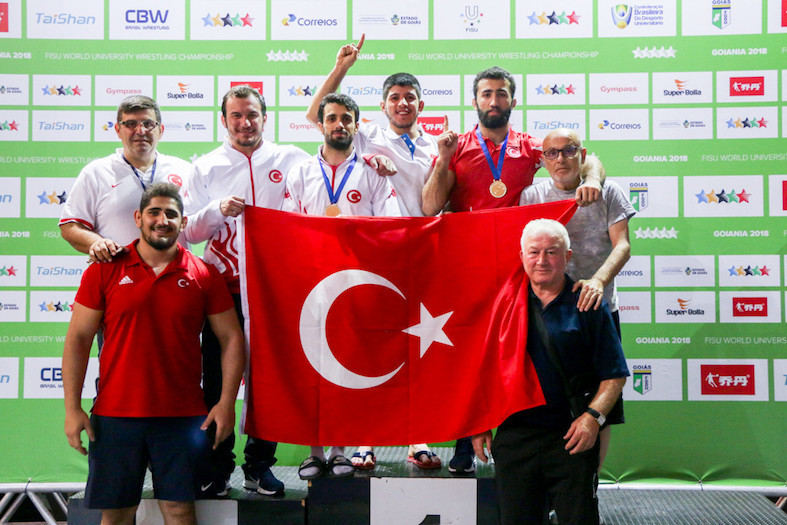 Turkey won four titles out of a possible five as the World University Wrestling Championships continued in Goiania in Brazil.

Men's Greco-Roman took centre stage on the latest day of action at the Rio Vermelho Gymnasium.

Burhan Akbudak won at under-82 kilograms as he defeated Tastuya Fujii of Japan in the final.

Japan did stand atop of the podium in the under-63kg, thanks to Yusuke Kitaoka's win over Russian Ruben Minasian.

"We have come to represent and honour our country," said Akbudak.

"We trained hard every day and came to demonstrate that effort here.

"Wrestling is a very strong sport in Turkey, so it's very important for us."