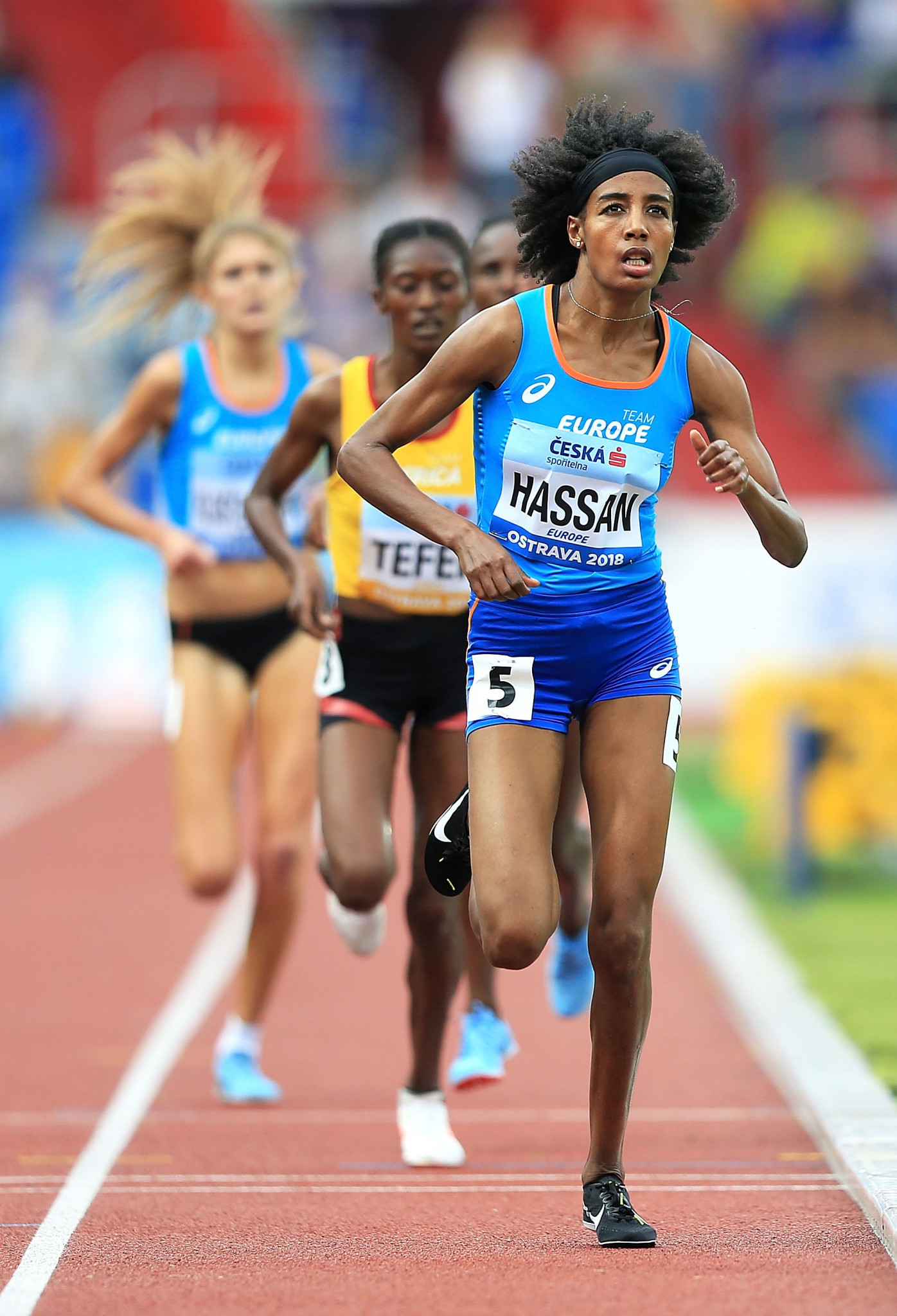 A large and appreciative crowd - if not a capacity one - witnessed what was the 17th version of an event that began life in 1977 as the IAAF World Cup, and which was pioneering a number of innovations.

Victories in the opening day's concluding women's and men's sprint relays here meant Team Americas held 135 points overnight, with Europe on 123, Asia/Pacific on 89 and Africa on 74.

That African total would have been significantly higher had they not suffered a debacle in the men's steeplechase, where they had played their men's "joker" for the day, meaning that if their two representatives earned the highest total of points, the eight points they would receive as a team would be doubled.

With world and Olympic champion Conseslus Kipruto of Kenya and Morocco's world silver medallist Soufiane El Bakkali as their two runners, that looked a far from risky punt.

But the steeplechase was the first event of the day to operate with an elimination system, whereby the last runner with four, three, two and one-lap remaining would have to drop out.

And when the moment came for the first elimination, the Japanese Asia/Pacific runner Kosei Yamaguchi began to stagger with the effort, veering into El Bakkali, who was cruising along just ahead of him.

Yamaguchi succeeded in his immediate object as his team-mate John Koech was first to be eliminated, but within a few steps El Bakkali had collapsed onto the infield, requiring to be taken away on a stretcher.

Kipruto gambolled clear to win easily in 8min 22.55sec, but overall victory was claimed by Team Europe, who had two finishers in the four men remaining after the elimination series.

A determined surge over the final lap of the women's 3,000m earned Hassan, the naturalised Dutch athlete representing Team Europe, an outstanding victory in 8:27.58 as she left the African pair of Ethiopia's Senbere Teferi and Kenya's world 5,000m champion Hellen Obiri in her wake.

Fourth place for Hassan's team-mate Konstanze Klosterhalfen meant - with eight points being given to winners, down to one point for eighth - that the two continents had finished equal on points.

Rather than claiming eight points as outright winners, Africa got only seven, the same as Europe, although, having played their other joker of the day on this race, they were able to double that.

As in the 3,000m steeplechase, eliminations reduced the final lap to four runners, and Hassan made it clear after the race that she was not a fan of this particular innovation, commenting: "I do not like the new format because we are not in high school any more."

Samba, unbeaten in six IAAF Diamond League races over 400m hurdles this season but unable to contest the final because he was required by his adopted country, Qatar, to compete in the Asian Games, had promised to return with"something fast" and added that he would dance if he won.

Both came to pass as he beat his two main pre-race rivals - Diamond League champion Kyron McMaster of the British Virgin Islands and Norway's world and European champion Karsten Warholm - in a time of 47.37sec.

Jamaica's Annsert Whyte was a surprise second placer in a season's best of 48.46, with Warholm third in 48.56 and his Team Europe colleague Yasmani Copello fourth in 48.65, ensuring that they got full value out of their joker for the race.

But Ta Lou's day ended badly as she dropped the baton while running the anchor leg for Team Africa in the 4x100m relay.

Sandra Perkovic, whose hopes of winning a seventh Diamond League discus title in the sudden-death final, after winning every meeting this season, were undermined by an untimely bout of flu, lost out to Yaime Perez as she fouled out on her concluding fifth round throw.

Croatia's world and Olympic champion had produced the longest throw of the day, 68.44m, in the first three qualifying rounds.

Under the format being employed for field events here, that meant she advanced to the fourth round - or semi-final - which featured the best representative from each continent.

Perkovic produced the best effort of 65.57m and was joined by Perez in the fifth and final, where victory would go to the best final throw.

But the Croatian lost control on her final effort, fouling out, which meant that Perez, for Team Americas, needed only to register a legal mark to win top individual points, and did so with 65.30.

Perkovic, as one might expect, was less than thrilled with the field event innovations.

Fedric Dacres, the Jamaican who won the men’s discus for Team Americas, earning the $30,000 (£23,000/€26,000) on offer to best performers in individual categories with a final effort of 67.97m, felt more positively about the experience, even though he had teetered on the brink with 58.38 and then a foul before finding an effort of 66.64 which sent him through to the fourth round semi-final.

“It was an incredibly interesting competition,” said Dacres. “I like these new rules, especially when I won and it was helpful for my team. Those rules are keeping you focused on what is going to go on from the very beginning to the last attempt.”

Back in eighth place, there was an unexpected performer in the shape of Joseph Millar, who stepped up to compete for Asia-Pacific as they were without a second competitor in Ostrava. Best known as a sprinter, Millar had already competed in the 200m but he earned some points for the team and $1000 of individual prize money for himself in the discus via his best throw of 27.15m. A personal best.