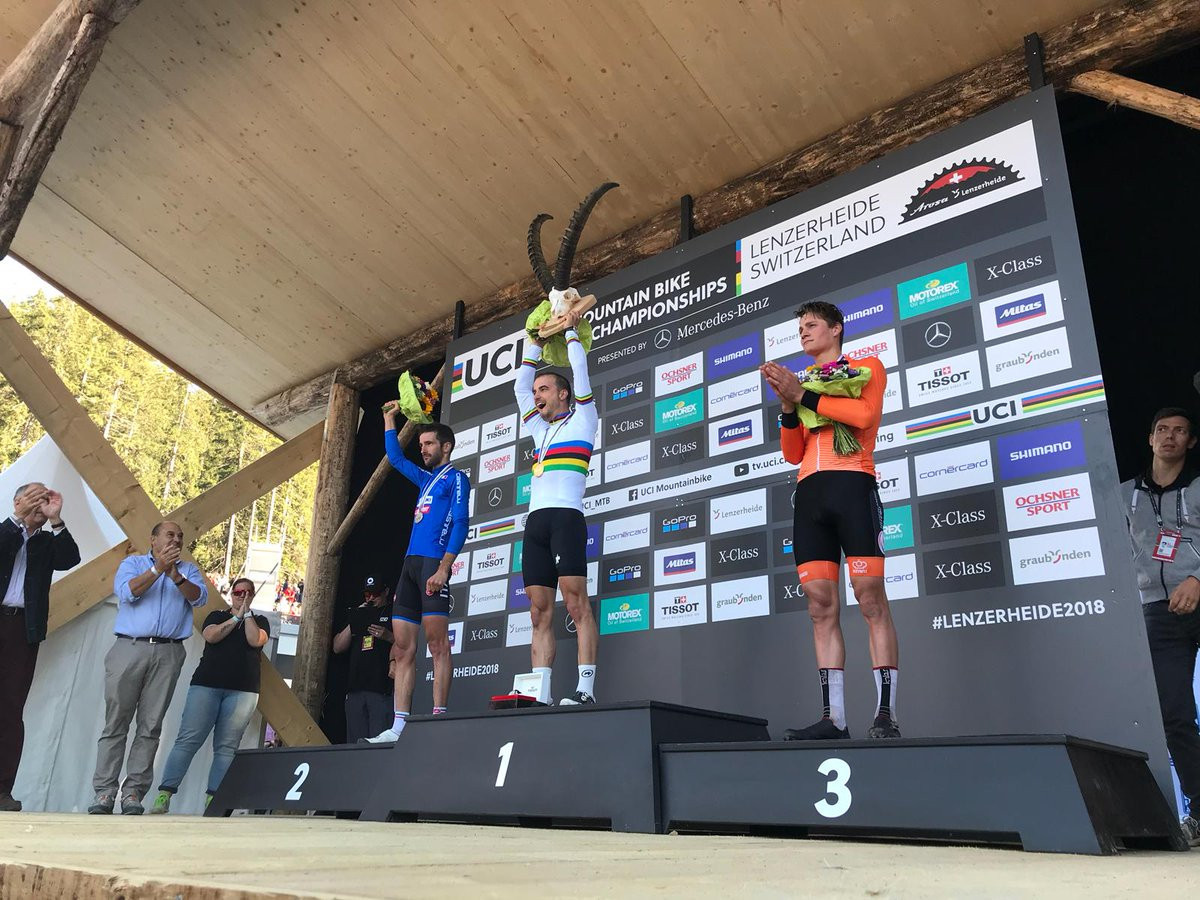 Around 24,000 fans lined the course in Switzerland's mountain resort of Lenzerheide to see Schurter, the 2016 Olympic champion, secure gold ahead of Italy's Gerhard Kerschbaumer and Mathieu van der Poel from The Netherlands.

Schurter gained the lead from the beginning, but was followed closely by Kerschbaumer for much of the race.

The two left the rest of the pack behind but then towards the end Schurter kicked on and eventually took the win with an 11 second cushion, finishing in one hour, 29 minutes and 21 seconds.

A time of 1:30.35 was enough to secure bronze for Van der Poel, who crossed the line less than a second ahead of Brazil's Henrique Avancini.

In the women's race another Swiss rider Jolanda Neff was looking to defend her title, but she had to settle for fourth, with gold going to Kate Courtney from the United States, while silver went to Denmark's Annika Langvad and bronze to Canada's Emily Batty.

It looked likely from the beginning that Neff might not defend her title, as the 25-year-old hit the first downhill in eighth.

She was unable to make up the ground, afterwards saying a crash had stopped her from adequately preparing.

"I crashed last week so I could not fully train," she said.

"You just have to be 100 per cent to be able to give everything."