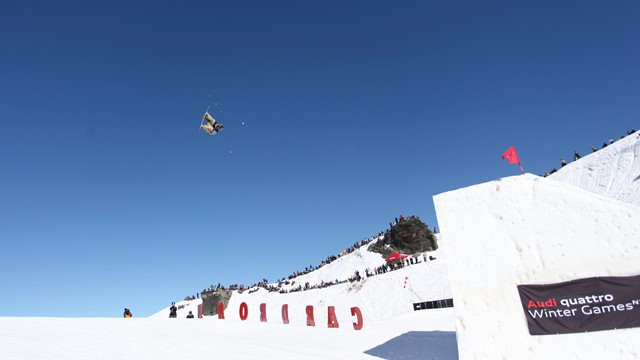 It was extra special for Corning who was celebrating his 19th birthday.

Every competitor was given three runs in clear and calm conditions with their best two jumps counting.

Corning's second effort of a backside quad-corked 1800 melon grab earned him 98.00, one of the biggest World Cup scores ever recorded.

"I couldn’t ask for a better birthday," said Corning, who was fourth at the Pyeongchang 2018 Winter Olympics.

"I haven't done the quad since the Olympics and I've had a bad taste in my mouth since.

"I've been thinking about doing it and when I landed my first trick today I knew I had two chances to go for it."

In the women's event, gold went to Japan's Reira Iwabuchi.

Her team-mate Miaybi Onitsuka was second on 169.40 with Slovakia's Klaudia Medlova third on 118.40.

Iwabuchi landed both backside and frontside 720 mute grabs on her way to victory.

"I did what I wanted to do and I’m really happy," she said.