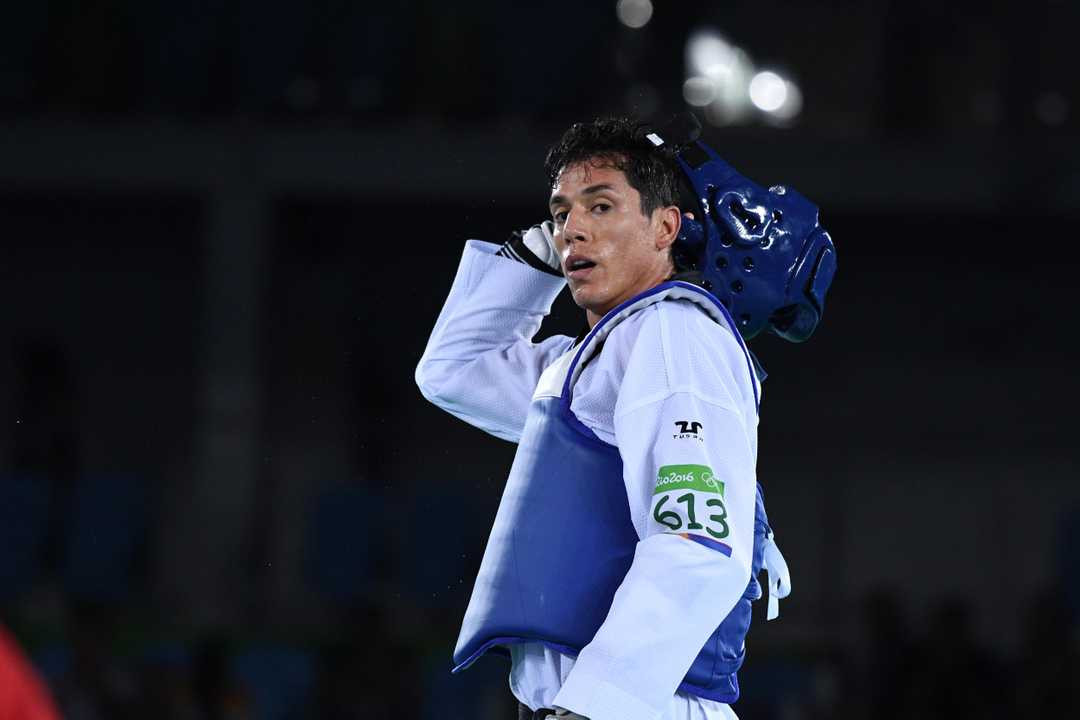 The Centre said there was a "preponderance of evidence" that the 39-year-old, who won gold at the Sydney 2000 and Athens 2004 Olympic Games, sexually abused family friend and fellow taekwondo athlete Nina Zampetti, when she was 14.

Lopez, who is also a five-time world champion, denies the allegations, but Zampetti has said she is "glad" she is now being believed.

"After all these years of trying to tell my family that he was not who they thought he was, the truth is finally out," Zampetti, who is now 32 said, according to USA Today.

"All I ever wanted was for him to be held accountable for that."

Zampetti and her family moved in next door to Lopez in 1998 when she was 10-years-old.

It is alleged Lopez began "grooming" Zampetti, by buying her presents including a ring, holding her hand and having her sit on his lap.

Both Steven and his brother Jean Lopez, who worked as a taekwondo coach, have been under investigation for sexual misconduct for the last three years, first by USA Taekwondo and then by SafeSport.

That permanent ban has since been rescinded, however, and Jean is under an interim restriction instead.

Steven's lawyer Howard Jacobs has now said his client will appeal against his own ban.

"SafeSport's issuance of a sanction is done without any hearing and without any review by a neutral fact-finder," Jacobs said in a statement.

"We expect that when a neutral fact-finder hears the case for the first time, Steven Lopez will prevail, because the allegations are false."

Steven Lopez is the most decorated athlete in taekwondo.

He has been coached throughout his career by his older brother, Jean, who also coached younger siblings Mark and Diana to medals at the Beijing Olympics in 2008.

Steven was initially accused of sexual misconduct by Mandy Meloon, a bronze medallist at the World Championships in 1997 and 2005, and Amber Means, a former member of the junior national team.

Meloon said she and Steven Lopez dated on and off for six years.

In 2004, after a physical confrontation at Lopez's parents' home, Meloon said Steven followed her to her flat, broke in through a window and sexually assaulted her.

Meloon said he also physically assaulted her on several occasions.

Meloon and Means have joined two other women in filing a lawsuit against the Lopez brothers, the US Olympic Committee (USOC), USA Taekwondo and SafeSport.

The women allege they were victims of a "sex trafficking" operation, claiming the USOC and USA Taekwondo knew the Lopez brothers were "sexual predators" yet continued to send young women with them to camps and competitions across the world.

Zampetti is not part of the case.