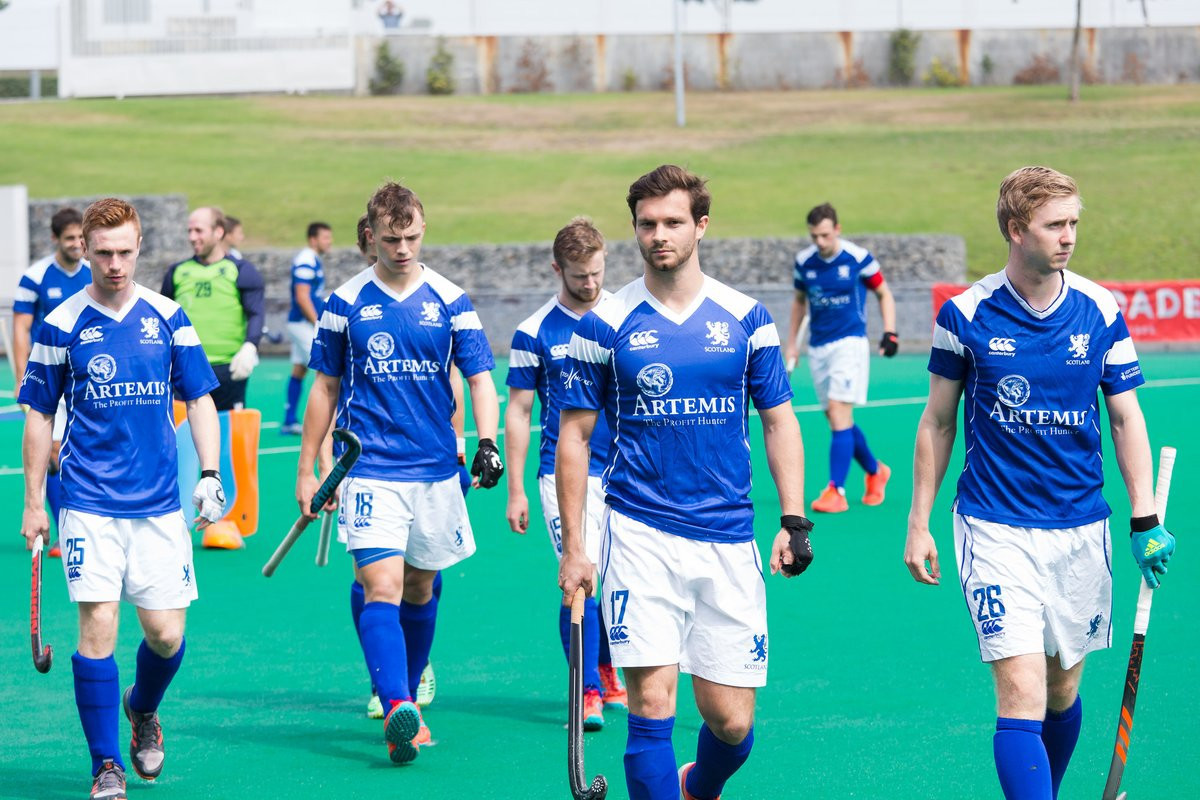 Hosts Portugal picked up their first win at the International Hockey Federation Hockey Series Open in Lousada after a hard fought 5-4 victory against Turkey.

Portugal made a bright start to the game and scored with two goals in the first twenty minutes to go 2-0 ahead.

Turkey responded through Furkan Atas and Mehmet Demirel with goals in the second quarter to level the score at 2-2.

Portugal regained their two-goal advantage with a second goal from Afonso Caramalho and a first in the game from Tiago Marques, but again Turkey responded.

Omer Karakus equalised in the 45th minute, which prompted an immediate reply from Portugal, who took the lead back a minute later through Vicente Mourão.

The hosts hung on to their one goal advantage to the end and picked up their first win in the three games they’ve played in the tournament so far.

Elsewhere, Scotland maintained their unbeaten runwith a 2-0 victory over Gibraltar and look likely to qualify as one of the top two teams to go through to one of the three Hockey Series Finals tournaments to be played next year.

Let’s look at the teams that have qualified for the 2019 Men's Hockey Series Finals so far...#HockeySeries2018 pic.twitter.com/YGFOWxKdl2

As the highest ranked team of the competition at 22nd in the world, the win wasn’t a dominant as it might have been.

Gibraltar are the lowest ranked team with a world ranking of 66 but Scotland only put two goals on them.

Robert Harwood doubled Scotland’s advantage in the second half making it 2-0 after 34 minutes and no more goals were scored.

The closest game of the round was between Belarus and Russia, who couldn’t be separated and drew 2-2.

Russia went 2-0 up against Belarus in the first-half of the game but Belarus salvaged a draw thanks to a second-half turnaround.

Two first-time scorers in the tournament put Russia ahead.

Iaroslav Loginov opened the scoring for Russia in the fourth minute followed by a 27th minute effort by Denis Shchipachev to make it 2-0.

After half-time the Belarussians fought back through Ivan Lutsevich and Yauheni Stsepanets.

The tournament is due to continue on Saturday (September 8) following a rest day tomorrow.