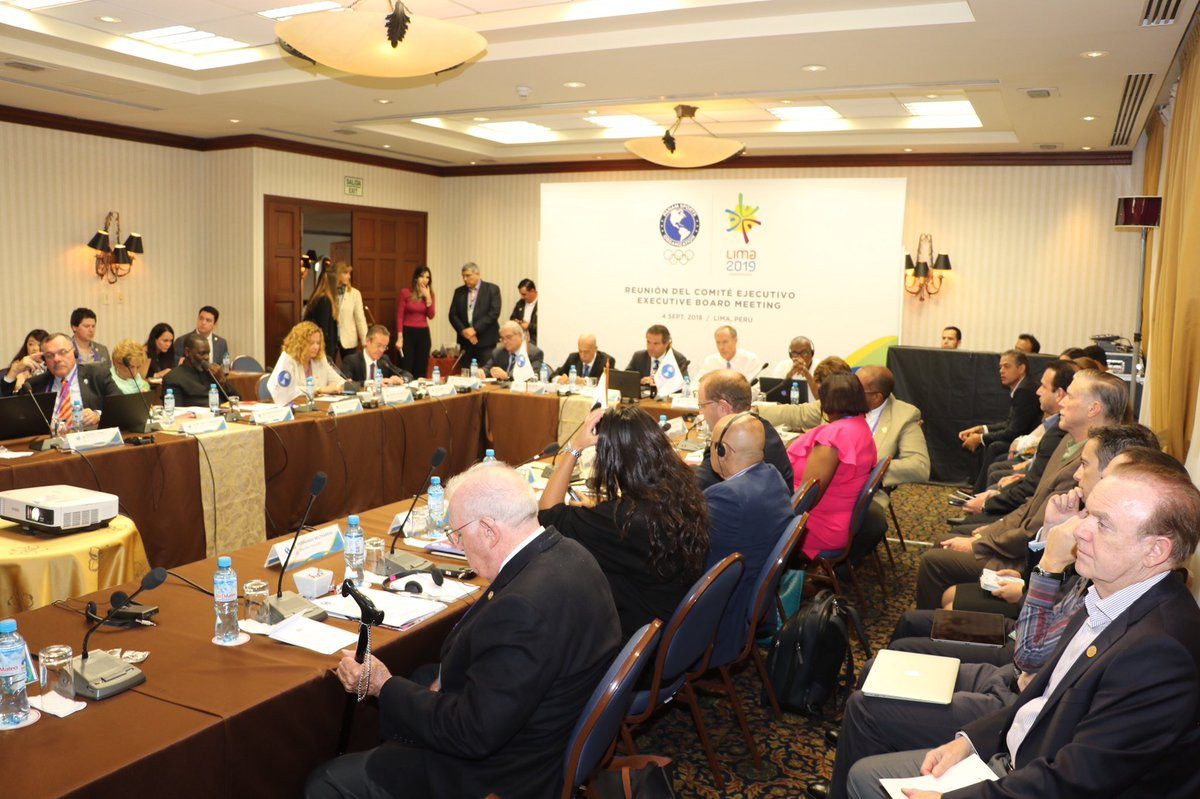 Preparations for the Pan and Parapan American Games in Lima will come under the spotlight as the Peruvian capital city host the Panam Sports General Assembly with less than one year to go until the multi-sport event.

A progress report was presented by organisers to the Panam Sports Executive Committee today, with revisions and the schedule for the concluding months of work a focus.

Lima 2019 have claimed they are on target to have 95 per cent of the Games infrastructure ready by March next year.

This would include the athletics venue, a new sports centre, a bowling centre and completion of the velodrome for track cycling.

The Athletes Village, located in El Salvador in the city, reportedly remains on track to be fully completed by March 31, according to constructors Besco-Besalco.

The Games aquatics venue, it is claimed, will be delivered by May 2019.

Preparations for the Games had made a stuttering start, but construction work has significantly progressed following an agreement between the Peruvian and British Governments, which has seen the latter lend their expertise.

Concerns had existed over the rowing venue for the Games, with a location for the sport having yet to be determined.

Organisers had hoped to hold rowing at Puerto Viejo, with an agreement having been claimed to have been close in March to use the land.

Paracas Bay and a venue in Yarinacochas have been touted as other potential sites for rowing at the Games.

insidethegames has been told a location has now been decided, which would complete the list of Lima 2019 venues.

The General Assembly is expected to be opened by Peru’s Minister of Education, Daniel Alfaro Paredes, who will seek to reiterate the Government’s support of the Games.

The Games are set to take place between July 26 and August 11 next year, with 39 sports featuring on the programme.

Lima’s successor Santiago, who will host the 2023 edition of the Games, will also present during the General Assembly.

Santiago were the sole bidders for the 23rd edition of the multi-sport event and were awarded the Games last November.

Concerns have been raised that an organising committee has yet to be established, with the initial deadline having reportedly been in May.

Santiago have asked for more time to establish a committee, insidethegames has been told, with the expectation now that it will be in place by November.

An election of a new executive committee member will take place to fill the group one spot, encompassing the North American region, with a replacement for Scott Blackmun required.

Blackmun stepped down as the chief executive of the United States Olympic Committee earlier this year.

Three positions on the Association of National Olympic Committees (ANOC) Executive Council will also be decided to represent the region.

The Caribbean Association of National Olympic Committees will present a report at the Assembly for the first time.

Progress reports will be provided by Tokyo 2020 and Buenos Aires 2018, with the latter preparing to host the Youth Olympic Games next month.

Following the General Assembly, delegates will have the opportunity to tour venues for next year's Pan and Parapan American Games.

Representatives of all 41 Panam Sports members are set to be present here.