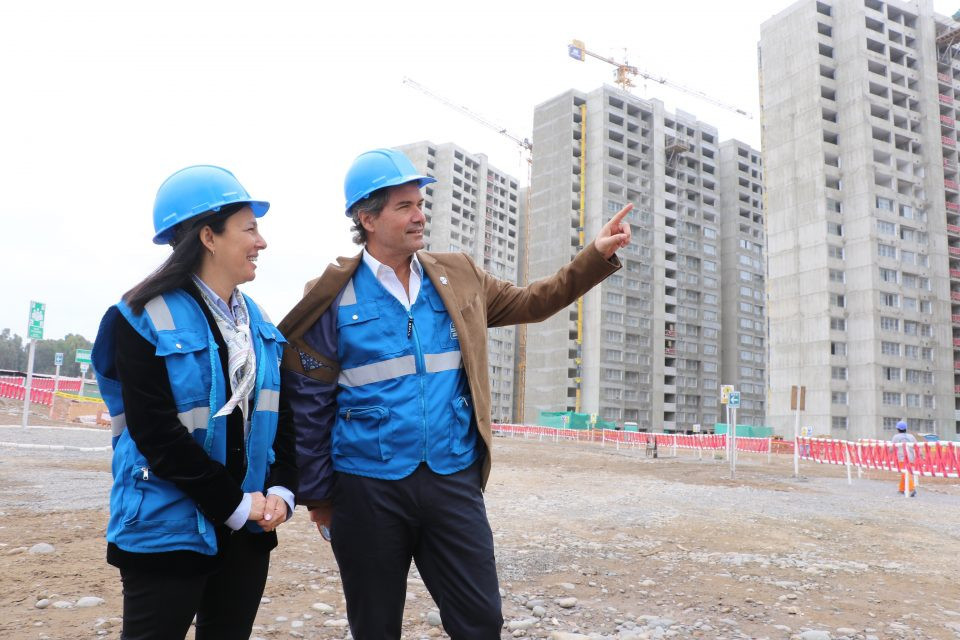 Chilean Sports Minister Pauline Kantor believes the country needs to begin work now to ensure they will be ready to host the 2023 Pan American and Parapan American Games in Santiago.

Santiago was confirmed as the host of the Games last November, after its bid was unanimously approved by PanamSports.

The city was the sole bidder for the 19th edition of the Games, following the earlier withdrawal of Buenos Aires.

Kantor is hoping to learn lessons on her visit here to Lima this week, with Peru's capital city set to host next year's edition of the Games.

She is set to provide a progress report to Panam Sports on her visit, with a presentation set to take place during the organisation's General Assembly which is due to take place tomorrow and Thursday (September 6).

The politician has visited the Lima 2019 Athletes' Village at the request of Chile's President Sebastian Pineira.

Progress has since been swift as all seven towers have been built, with each featuring 20 floors.

The Village, located in El Salvador in the city, reportedly remains on track to be fully completed by March 31, according to constructors Besco-Besalco.

Kantor, who was joined on the visit by Panam Sports President Neven Ilic and Lima 2019 officials, also assessed venues in the National Sports Village.

The site, known as VIDENA, includes venues for athletics, cycling and swimming.

Preparations for the Games had made a stuttering start, but construction work has significantly progressed following an agreement between the Peruvian and British Governments, which has seen the latter lend their expertise.

Kantor claimed she was impressed by the speed of construction, but believes the challenging start endured by Lima 2019 should act as a key lesson for Santiago as they proceed with their own preparations.

"To see the construction and the facilities while being inside the Pan American Village is imperative for us because we have to begin work on Santiago 2023," she said.

"This visit will allow me to go back to Chile and start developing our own sporting venues.

"It's really caught my attention how fast they have built this infrastructure.

"We know they were off to a late start, and in that sense, it is a very important lesson to learn for us.

"Chile needs to start working now so that it will be ready."

Santiago 2023 proposed a bid largely based around pre-existing venues but planned that several new facilities would also be constructed, including baseball and hockey centres, as well as a redeveloped swimming pool.

A total of 39 sports were included on the programme, with venues spread across five different clusters.

Delegates at the General Assembly, which include representatives from the 41 National Olympic Committees, will be shown around Lima 2019 venues.