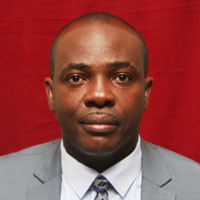 Ghana will enter the race to host the 2023 African Games, according to reports in the country.

GhanaWeb reported that bidding for the 2023 edition of the multi-sport event was included in a review document put together by the nation's Sports Ministry.

Any bid would be centered around one city, most likely capital Accra, as Ghana seeks to bring the African Games to the country for the first time.

It will come as welcome news to the Association of National Olympic Committees of Africa (ANOCA) who were left scrambling to find a host for 2019 following the withdrawal of Equatorial Guinea in November 2017.

Ghana reportedly expressed an interest in stepping in for Equatorial Guinea but no official bid was made.

The event is set to be awarded to Casablanca in Morocco after the nation agreed to host the Games.

An official announcement has not yet been made by ANOCA with a year to go until the Games are due to take place.

The African Games has been plagued with difficulties in recent years after a row over the ownership of the 2015 event plunged them into crisis.

The dispute between ANOCA and the African Union Sports Council saw few of the top athletes compete, while events lost their right to serve as qualifiers for the 2016 Olympics in Rio de Janeiro.

Ghana is set to stage the Women's Africa Cup of Nations later this year but reports emerged last week that the Confederation of African Football (CAF) were considering stripping them of the event.

The CAF then issued a denial and insisted no decision had been taken.