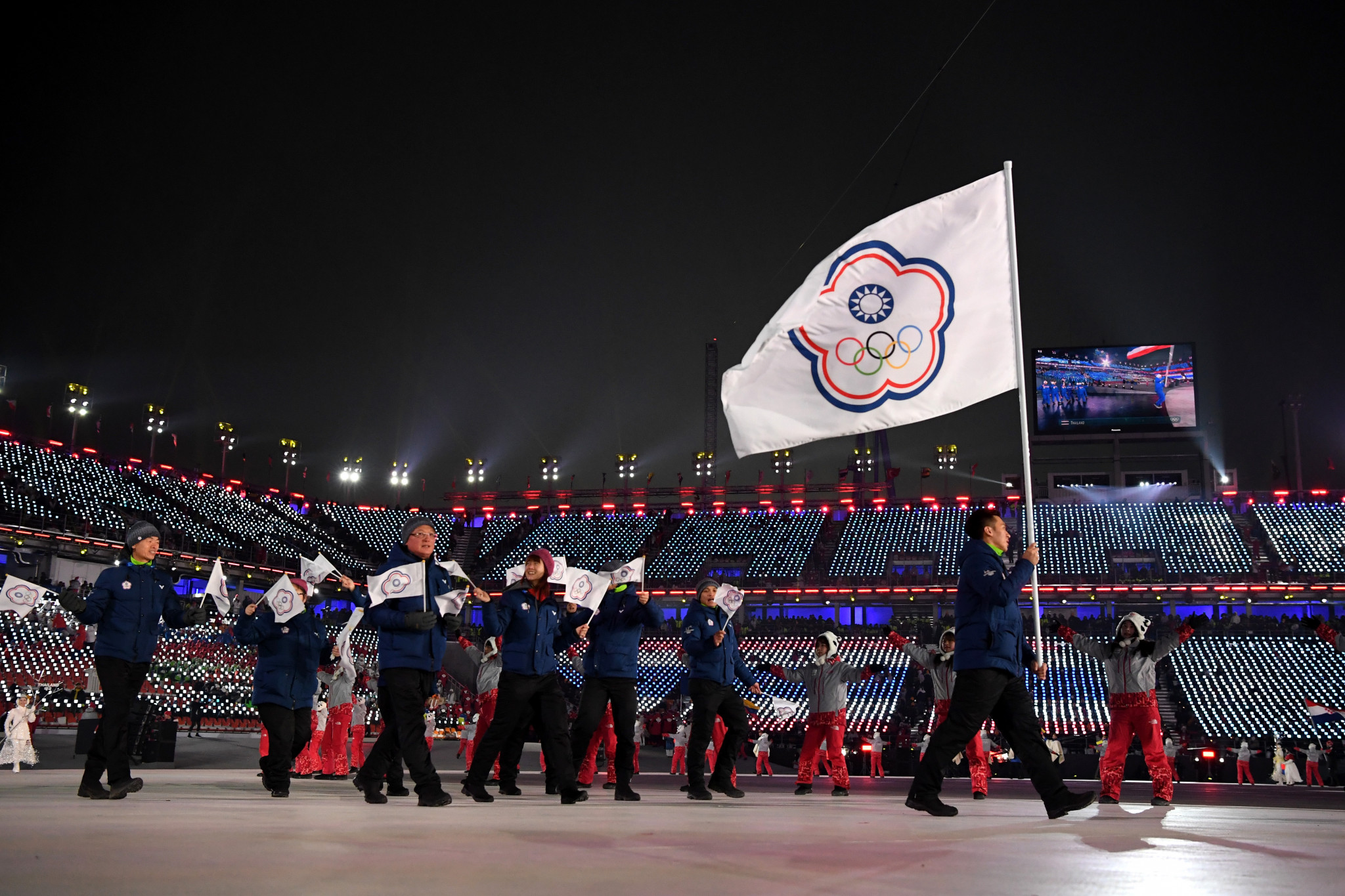 Taiwanese campaigners have submitted more than 520,000 signatures calling for a referendum on whether their national team should compete as "Taiwan" and not "Chinese Taipei" at the Tokyo 2020 Olympic Games.

According to The News Lens, organisers of the petition said that they managed to obtain 526,688 signatures in support of the ballot, substantially more than the minimum requirement of 281,745.

They have been submitted to the Central Election Commission, which will have the decision on its approval.

If the proposal is approved, the vote will be held to coincide with local elections on November 24.

"I hope the international community will continue to care about Taiwan's situation so we can be treated fairly," campaign co-leader Chi Cheng, Taiwan's first female Olympic medallist having won 80 metres hurdles bronze at Mexico City 1968, was reported as saying by Reuters.

The referendum will ask voters "Do you agree Taiwan should use the name 'Taiwan' to participate in all international sporting events and the 2020 Olympic Games in Tokyo?"

For the proposal to be approved, a simple majority is not enough if the turnout is low.

A vote will be declared valid if at least 25 per cent of the total electorate votes yes.

Parliament would then have to ratify the results.

The call for a referendum comes despite the face that the International Olympic Committee (IOC) said in May that Chinese Taipei cannot change their name to Taiwan at Tokyo 2020.

The Chinese Taipei Olympic Committee (CTOC) said the IOC had decided "to not approve a name change" during their Executive Committee meeting at the beginning that same month, as reported by Taiwan News.

After receiving a confirmation letter from the IOC, the CTOC forwarded it to the Sports Administration of the Ministry of Education, the Ministry of Foreign Affairs, the Cabinet and other departments.

It followed many non-Governmental organisations in Taiwan promoting a "2020 Tokyo Olympics Taiwan Renaming Referendum", which brought a large amount of attention to the issue that stems from a dispute with China.

According to CTOC secretary general Shen Yi-ting, IOC President Thomas Bach was aware of and concerned about the referendum situation which the CTOC had not officially called for.

The country has been referred to as Chinese Taipei at all editions of the Olympic Games and it is not allowed its flag or anthem.

It came after the IOC passed the Nagoya Resolution, forcing Taiwan to use the name Chinese Taipei and banning its Olympic Committee from using the ROC flag or national anthem.