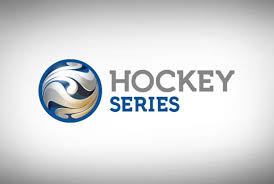 They defeated Ukraine 2-0 to make it four wins from four on home soil.

With one round of matches to go tomorrow it puts the Poles in the driving seat to win the event.

Two spaces will be available at the Hockey Series Finals, however.

Elsewhere, Italy claimed a third win in four as they eased past winless Cyprus 8-0.

They will play the Poles on the final day tomorrow and could still catch the home side with a big win.

Lithuania have also lost every game after they were beaten 5-0 by Czech Republic.

Lithuania will play Cyprus and Czech Republic play Ukraine in other matches tomorrow.

Tournaments are being held across the world as part of the Hockey Series.

The event is a second-tier tour below the new top-tier Hockey Pro League.

Places are available at the Hockey Series Finals which in turn offer a route to the Tokyo 2020 Olympic Games.