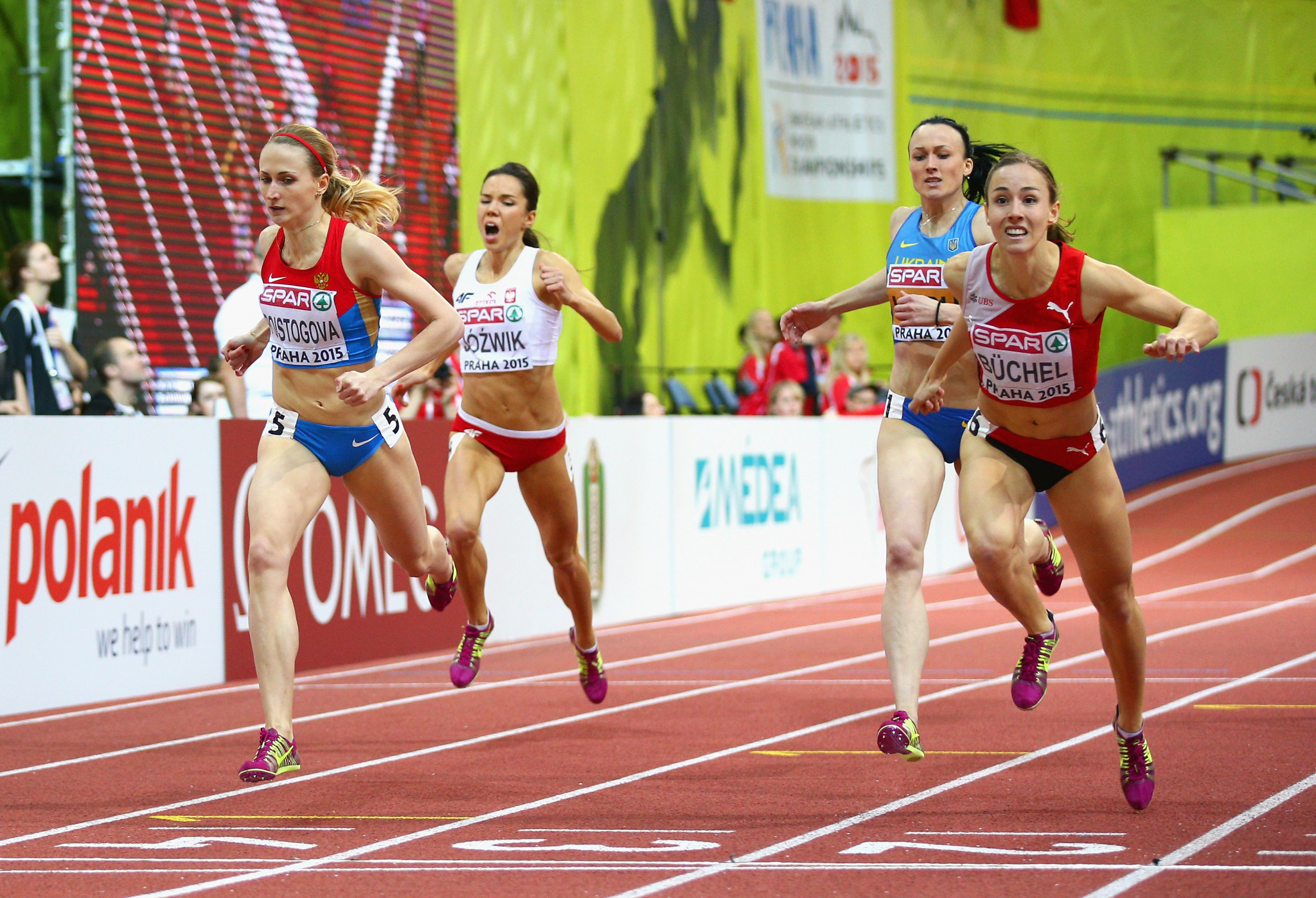 Poistogova and Tomashova have served drugs bans, a criteria which has prevented athletes from being upgraded in the past, after the IOC said both of their samples from the 2012 Olympic Games came back clean following retests.

Poistogova was banned for two years in 2017, backdated to August 2015, for doping and lost all of her results from October 2014 onwards.

It meant the 27-year-old was allowed to keep the bronze medal she claimed in the women's 800 metres race in London.

She had been under suspicion of doping for some time, with the World Anti-Doping Agency calling for her to be banned for life following the first Independent Commission report into the Russian scandal in 2015.

Poistogova has now been moved up to the silver medal from London 2012 as team-mate Mariya Farnisova was stripped of the title after she was found guilty of using performance-enhancing drugs at the event and the 2011 World Championships in Moscow, where she also won gold.

Farnisova - then using her maiden name Savinova - unsuccessfully appealed to the Court of Arbitration for Sport, who confirmed her disqualification stood earlier this month, allowing South African Caster Semenya to be crowned as a double Olympic and triple world 800 metres champion.

Tomashova, a double world champion, was banned for two years in 2008 after she was charged with the manipulation of drugs samples and "tampering with the doping control process".

A sample submitted by the Athens 2004 1,500m silver medallist was found to contain someone else's urine.

She initially finished fourth over the same distance in a drugs-ridden race at London 2012, considered one of the dirtiest in history, but will be upgraded to silver after the Turkish duo of Aslı Çakır Alptekin and Gamze Bulut were stripped of their medals for doping.

Bulut should have moved up to the gold medal after Çakır's disqualification, having originally finished second, but was also stripped of her silver after she was implicated in a doping scandal due to problems with her Athlete Biological Passport.

"Specifically on these two athletes, they were tested during the London 2012 Games and during the retest period (2015-2017) and no anti-doping rule violations were found," the IOC said in a statement.

"Therefore, according to our policy, the reallocation have been approved by the IOC Executive Board."

The IOC sought to dispel concerns over the image it would portray if the athletes were to receive their upgraded medals at an Olympic Games by insisting that this was "not available for these athletes as this option is only available for the reallocate on cases from the Olympic Winter Games Pyeongchang 2018 onwards".

It is not yet clear when Poistogova and Tamashova will be given their medals.

When asked to comment, a spokesperson for the International Association of Athletics Federations said "redistribution of Olympic medals is solely the responsibility of the IOC".

Ekaterini Thanou of Greece was not upgraded to the Sydney 2000 100m title stripped from Marion Jones in 2007 after she admitted taking performance-enhancing drugs, despite finishing second to the American.

Thanou was accused of deliberately avoiding doping tests on the eve of the Athens 2004 by allegedly engineering a motorcycle accident.