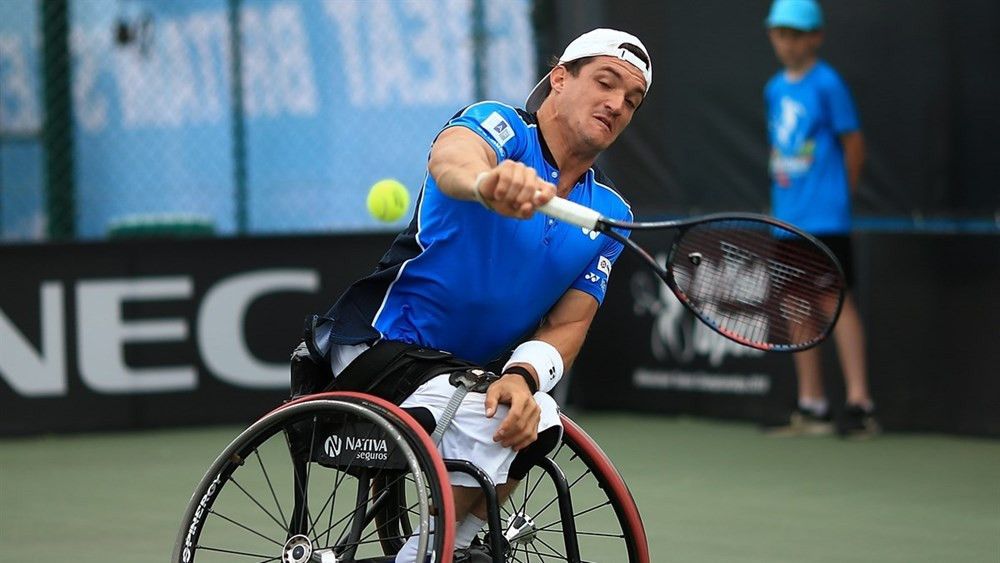 Argentina's Gustavo Fernandez won a heavyweight showdown with Britain's Gordon Reid at the US Open Wheelchair Championships in St Louis, part of the sport's Super Series.

With only four seeded players in the draw it meant the possibility for some stand-out ties in the first round at the Dwight Davis Tennis Center.

Fernandez, the world number four, and Reid have both won Super Series titles this year and the pair are both Grand Slam winners.

The Argentinian came through this time, winning 7-5, 6-4 over fifth-ranked Reid to reach the quarter finals.

Japan's Shingo Kunieda, the world number one, was awarded a bye.

In the women's draw there were home wins for Americans Emmy Kaiser and Mackenzie Soldan.

It is preparation for the US Open, the final Grand Slam competition of the year.