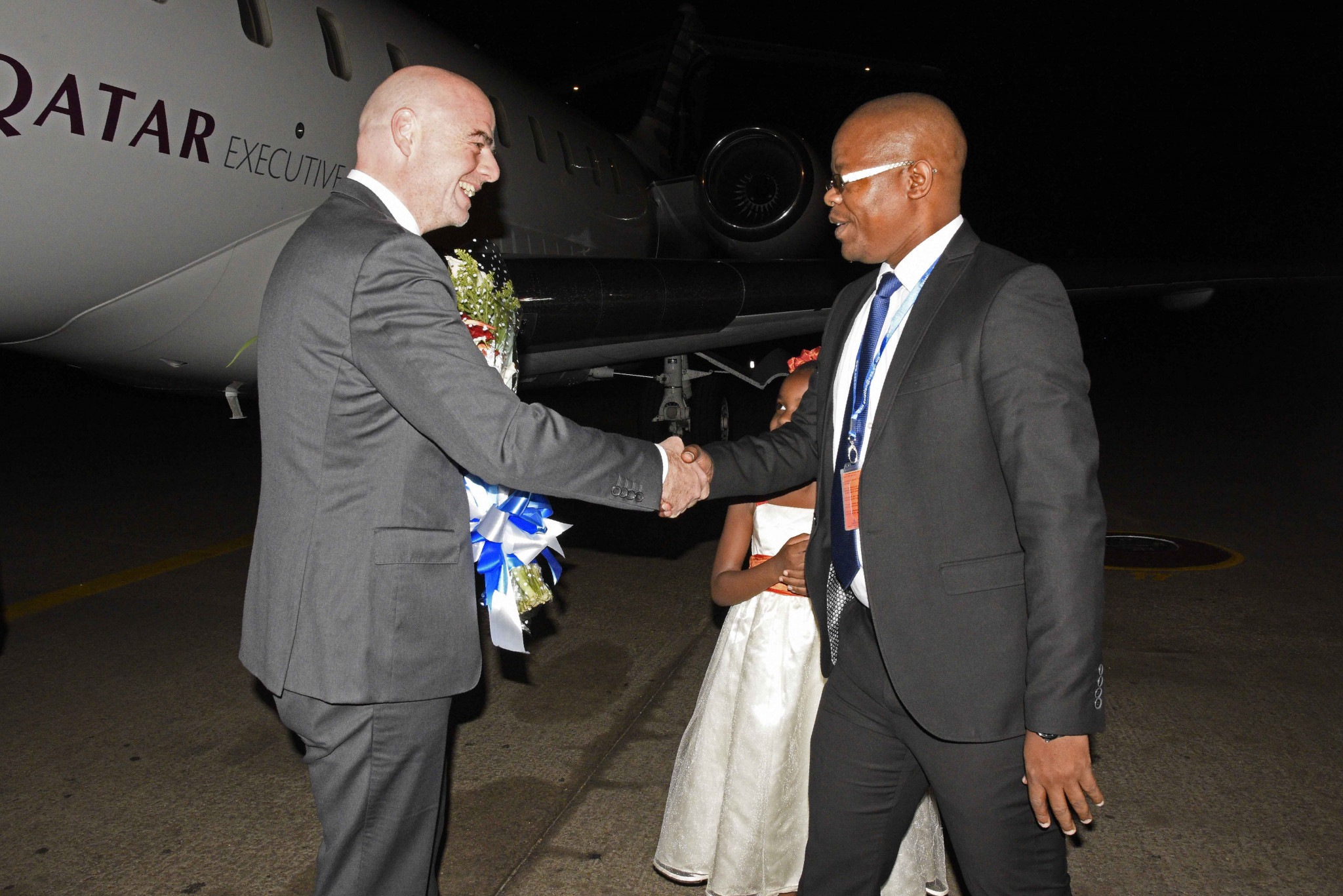 Candidates for the vacant African place on the FIFA Council are set to undergo integrity checks before they are cleared to participate in next month's vote.

The election has been sparked by Kwesi Nyantakyi after the Ghanaian resigned from all of his roles in the sport following corruption allegations.

Former Ghana Football Association President Nyantakyi stood down from the FIFA Council and quit as Confederation of African Football (CAF) first vice-president after he was banned for 90 days by FIFA's Ethics Committee.

His suspension came after he was caught on camera appearing to accept a bribe.

The video also apparently depicted Nyantakyi, who has apologised but denies wrongdoing, demanding other kickbacks which would be passed on to top Government officials, including the President.

His resignation from the FIFA Council is set to be filled by one of six candidates.

Seychelles Football Association President Elvis Chetty is among those standing according to the BBC, along with Ugandan and Malawian counterparts Moses Hassim Magogo and Walter Nyamilandu.

Tenga is currently a member of the CAF Executive Committee.

Jordaan has twice sought a place on the FIFA Council, formerly known as the FIFA Executive Committee, but withdrew on both occasions.

He was re-elected as SAFA President in May despite controversies involving the election and an allegation of rape.

Opponents raised objections to the election after withdrawing to leave Jordaan as the sole candidate, with the official forced to deny the vote was illegal.

He was also accused of rape by Jennifer Ferguson, a singer and former African National Congress representative.

Jordaan denied any wrongdoing and was defended by SAFA.

According to the BBC, CAF have confirmed the candidates are undergoing integrity checks before they are cleared to stand.

It is claimed that following a meeting of the Council of Southern Africa Football Associations on September 9, it is possible the member countries could lobby behind one candidate.

Chetty, Jordaan and Nyamilandu are from the region, leading to the possibility two candidates could withdraw.

The FIFA Council spot will be filled at the CAF Congress at Sharm El Sheikh in Egypt on September 30.