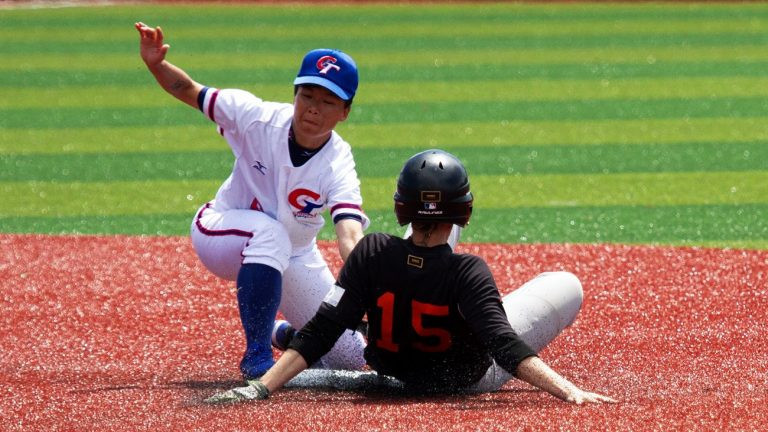 The final two group stage matches at the USSSA Space Coast Complex saw Chinese Taipei top Group A and Venezuela beat Puerto Rico to join four other teams in the super round at the Women's Baseball World Cup.

Rain delays earlier in the tournament meant that the final two group stage matches were played today in Viera in Florida.

Chinese Taipei took on The Netherlands who were yet to win a game in the tournament.

The Dutch team got seven hits and scored a run in the top of the fourth, but it was not enough as the game ended 11-1 in favour of Chinese Taipei.

With that win, Chinese Taipei topped Group A and will now play in the super round.

The Netherlands will join Puerto Rico, Cuba, Australia, South Korea and Hong Kong in the seventh to 12th place round.

Venezuela will also progress to the super round as they beat Puerto Rico 9-6 in their final Group A match.

The match was interrupted at the end of the sixth, with the score at 6-4 to Venezuela, due to another rain delay.

The Venezuelan team continued their form when play resumed and will now face Canada in their first game of the super round.

Defending champions Japan had already progressed as winners of Group B and will play hosts United States, who finished second in Group A, first.

Canada and the Dominican Republic also went through from Group A.

The super round will begin tomorrow with results carrying over from the group phase.