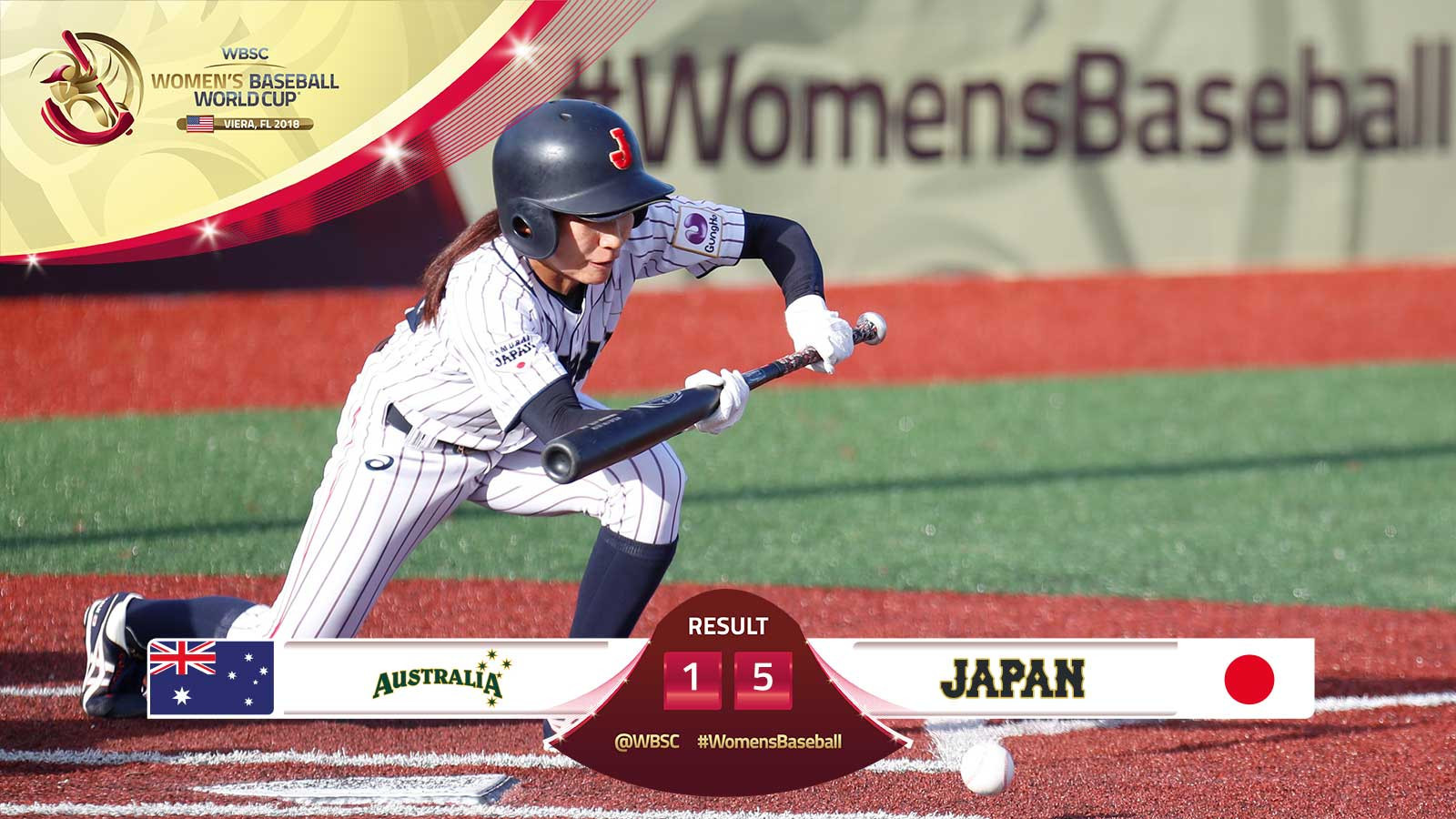 Canada scored the second home run of the tournament to progress to the super round at the Women's Baseball World Cup in Florida.

They finished second in the group after beating the Dominican Republic 18-1 at the Space Coast Complex in Viera.

Despite early patches of competitive play, Canada's scoring proved too much for the Dominican team.

Nevertheless, the Dominican Republic will also progress as part of the top three due to their win against Australia earlier in the event.

World number one Japan complete the line-up from Group B for the super round.

The defending champions topped the pile with a clean record and will carry no losses into the super round after beating Australia 5-1 to send their opponents home.

Hong Kong beat higher ranked Cuba in their match, 8-5, finishing their tournament with a win, but both teams will not progress.

In Group A, Chinese Taipei narrowly beat hosts United States 4-3 to secure their place in the super round.

Chinese Taipei, ranked sixth in the world this year, beat the US, who will qualify as group winners but now carry a loss into the super round.

Chinese Taipei will look to secure their super round place tomorrow when they play The Netherlands, currently bottom of Group A, in a rearranged game.

Venezuela gained their second win of the tournament against the Dutch today in five innings.

The game finished 17-1 with Venezuela scoring 16 times in the bottom of the first.

Puerto Rico picked up their third win of the tournament, seeing off South Korea 10-4.

With only one win from five matches, the Koreans will not progress to the super round.

Puerto Rico will now face Venezuela for a chance to feature in the super round.