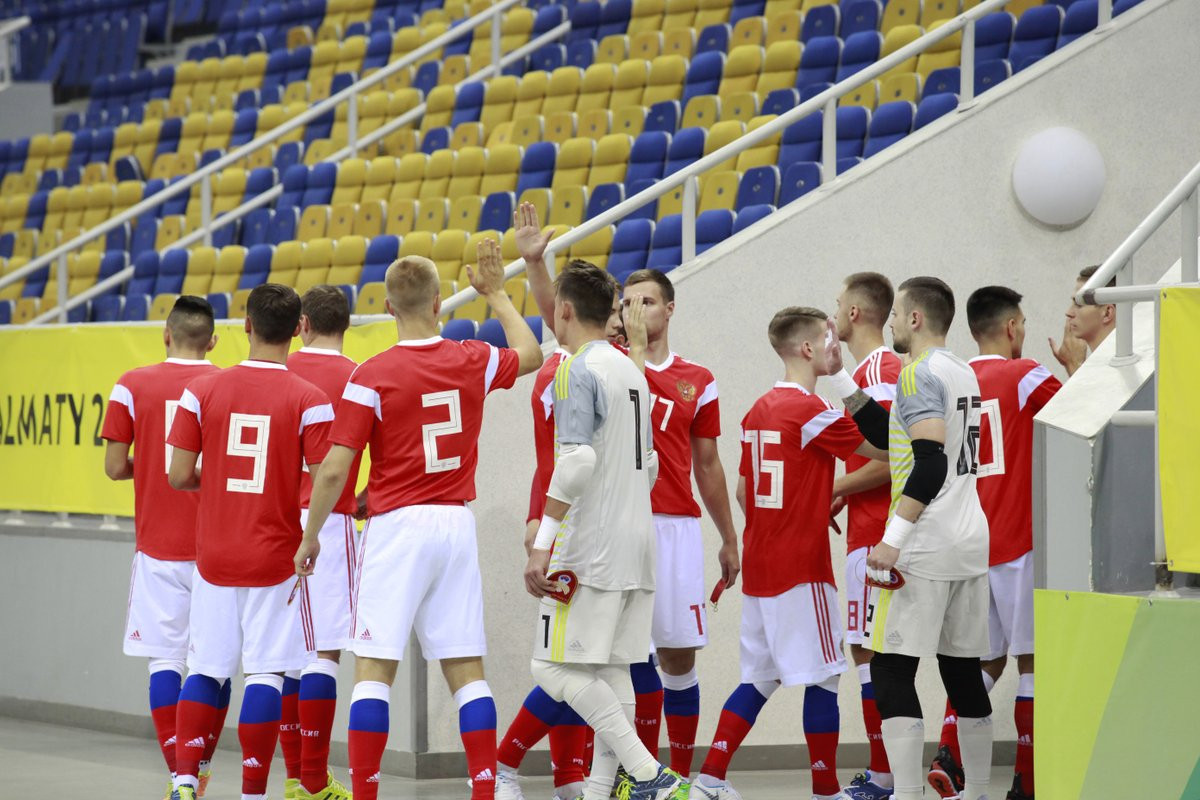 Russia swept the titles on offer at the World University Futsal Championships as they won the men's and women's finals on the last day of the event in Almaty.

The Russian men broke the hearts of the host nation with a 4-2 victory at the Almaty Arena.

Kazakhstan also found the net early but were unable to fight back as they were forced to settle for the silver medal.

Bronze in the men's event went to Ukraine, who comfortably dispatched Portugal 3-0 in the third-place play-off.

Russia also triumphed in the women's final as they beat Ukraine 2-0.

The victory came in different fashion to the men's as they were made to wait until 18 minutes into the contest to break the deadlock.

Russia then added a second, leaving Ukraine with a mountain they were unable to climb.

Portugal's women succeeded where their men had failed as they overcame France 4-2 to take the bronze medal.