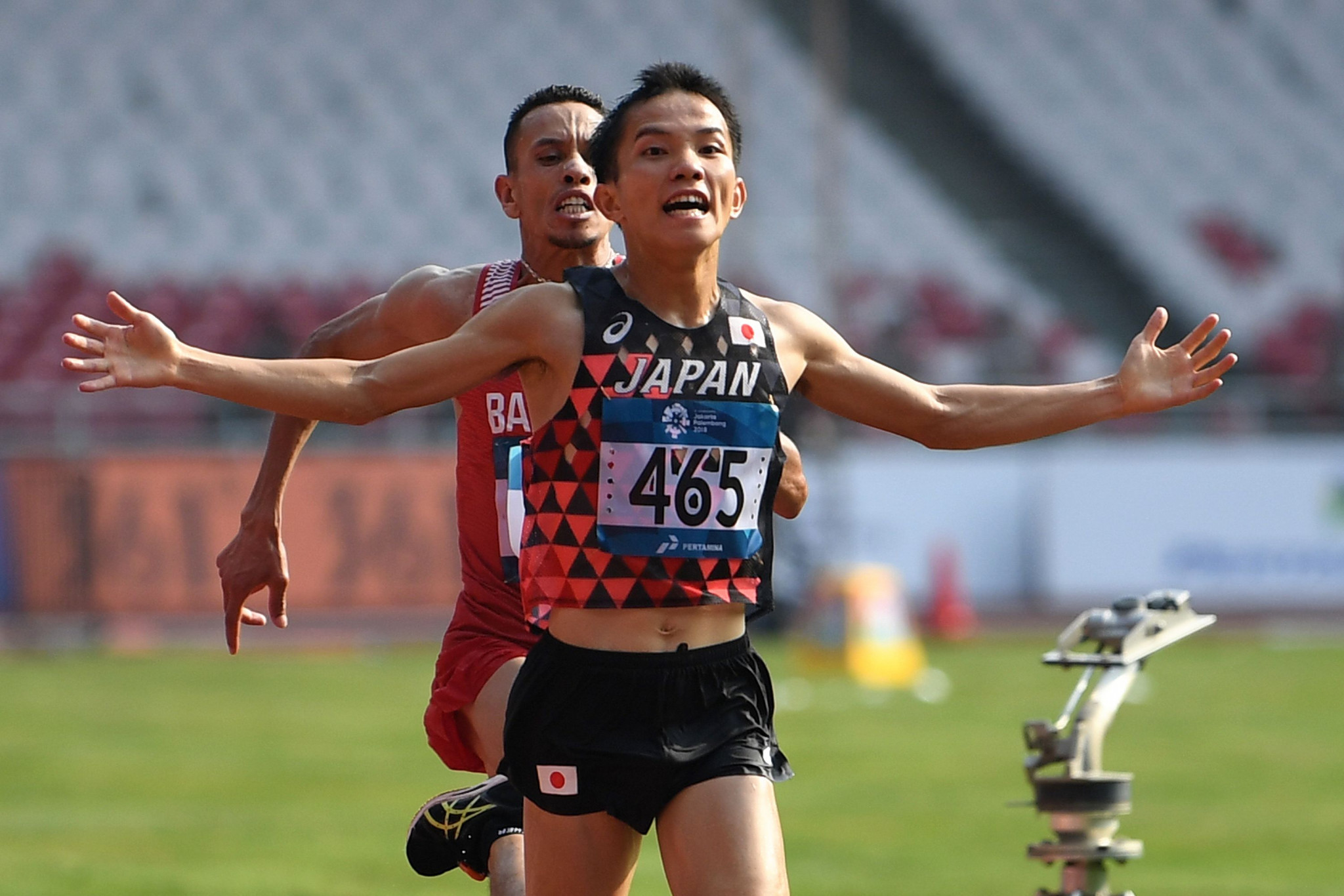 Japan's Hiroto Inoue won the men's marathon in controversial circumstances at the Asian Games here, following a dramatic sprint finish in which his rival Elhassan Elabbassi of Bahrain felt he was pushed.

After 26.2 miles of racing in the early morning Jakarta sun, both athletes finished with the same time of two hours, 18min and 22sec.

It was Inoue, however, who was marginally ahead on the line and so he was awarded the gold.

With 30 metres to go, Elabbassi had tried to overtake Hiroto on the inside but stumbled and afterwards he said this was the reason for his loss.

"I was in front when it happened," Elabbassi, who was born in Morocco, said.

"He [Hiroto] knocked me and I almost fell.

"I was lucky to keep my balance."

The Bahrain team immediately launched an appeal with their manager Yusuf Ahmed saying video replays would "show clearly that there was body contact".

Bahrain's protests were swiftly dismissed, however, and the result stood.

Giving his own opinion on the incident, Inoue said he did not know what happened.

"This is a huge boost for me looking ahead to the 2020 Tokyo Olympics.

Both athletes were comfortably ahead of the rest of the field, each throwing over 70m while the others were struggling to surpass 60m.

In the battle of the Chinese is was Luo that triumphed, with a fourth-round throw of 71.42m.

Wang, the 2017 World Championships silver medallist, was capable of much further, but could not pull out her best on the day.

She had to settle for second, after a third round throw of 70.86, while the bronze went to Japan's Hitomi Katsuyma, who snatched it from her team-mate Akane Wantanabe in the last round, with a throw of 69.41.

The only track final of the day, the women's 10,000m, was won by Kyrgyzstan's Daria Maslova after a final lap surge.

None of them seemed keen to up the pace and create a lead, but with just five laps to go Maslova played her hand, pulling ahead, with Chumba and Zhang close in behind.

It quickly became clear the medals would be shared between them, but the order was not obvious until the final lap when Maslova kicked again to surge ahead.

She took the gold in a time of 32:07.23, collapsing in a mixture of exhaustion and delight as she crossed the line.

The last athletics final to finish, the men's shot put, was then won in a Games record by India's Tajinderpal Singh Toor.

The 23-year-old, who only finished seventh at the Commonwealth Games in Gold Coast in April, took the lead with his first throw of the competition, 19.96m, and never relinquished his position.

As it turned out, Toor would have won even without his record throw of 20.75 in the fifth round, but he did not let his lead turn him complacent.