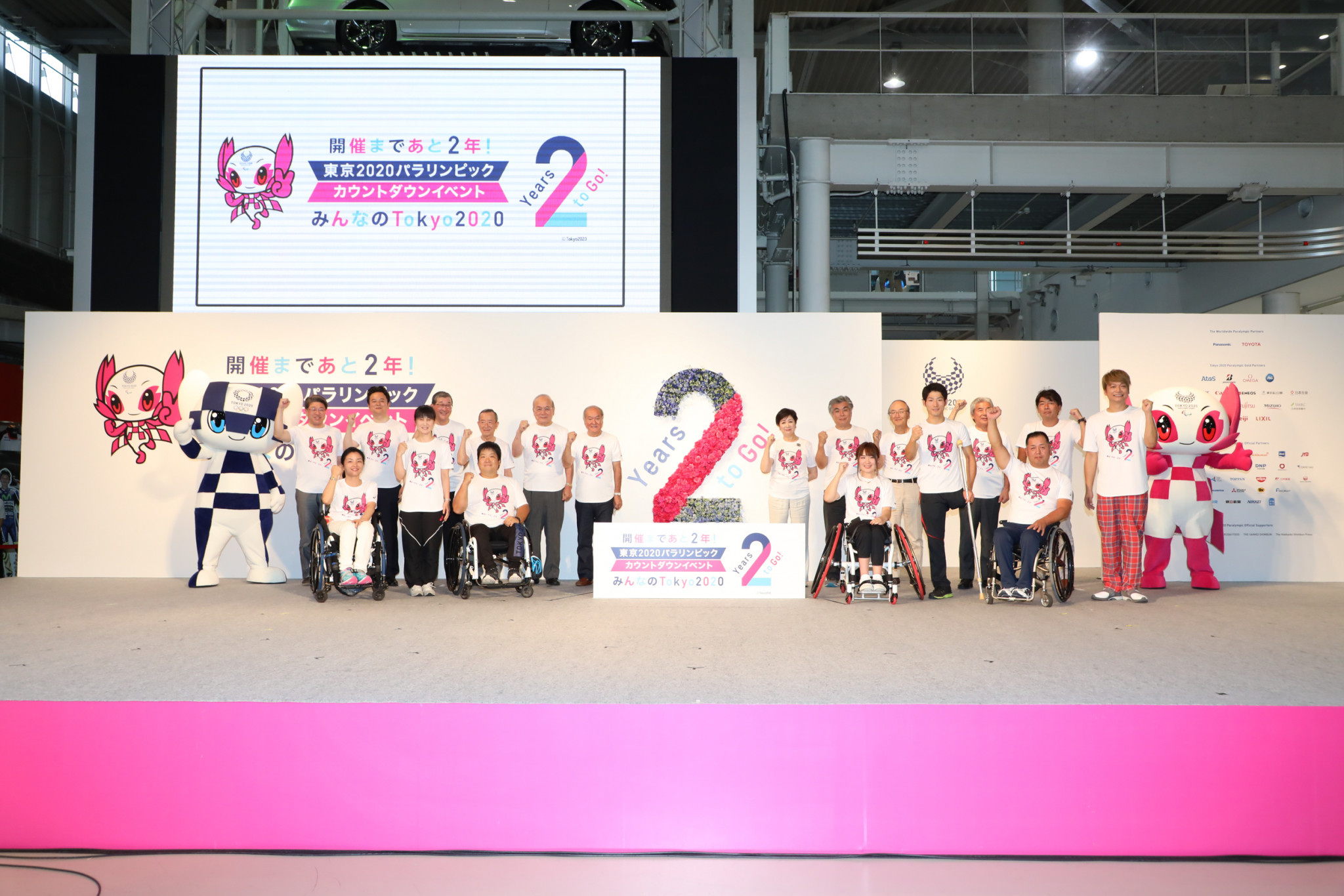 Japanese athletes took part in a ceremony today to mark two years to go until the Tokyo 2020 Paralympics.

The stars gathered at the Mega Web theme park in Tokyo Bay and are all aiming to compete at their home Games.

They were joined by rower Daisuke Maeda and shooter Aki Taguchi.

"I want to participate in the Tokyo 2020 Paralympic Games, sporting my best smile," said Koyama.

"I'm going to cherish every single race over the next two years, and hope I'll be able to perform at my best in 2020."

Thousands of members of the public also attended the ceremony and had the chance to take part in Paralympic sports including boccia, wheelchair basketball, blind football and sitting
volleyball.

The red, green and blue colours of the emblem also featured on 12 buildings which were lit up around the city, including the headquarters of the Tokyo Metropolitan Government.

This display illuminated the sky in celebration of the anniversary.

The IPC were represented today by their special ambassador to Tokyo 2020, Shingo Katori, while Paralympic mascot Someity and its Olympic counterpart Miraitowa entertained the crowds.

Someity, who is said to love nature, unveiled a giant flower arrangement in the shape of the number two.

The Summer Paralympics will run between August 25 and September 6 in 2020.