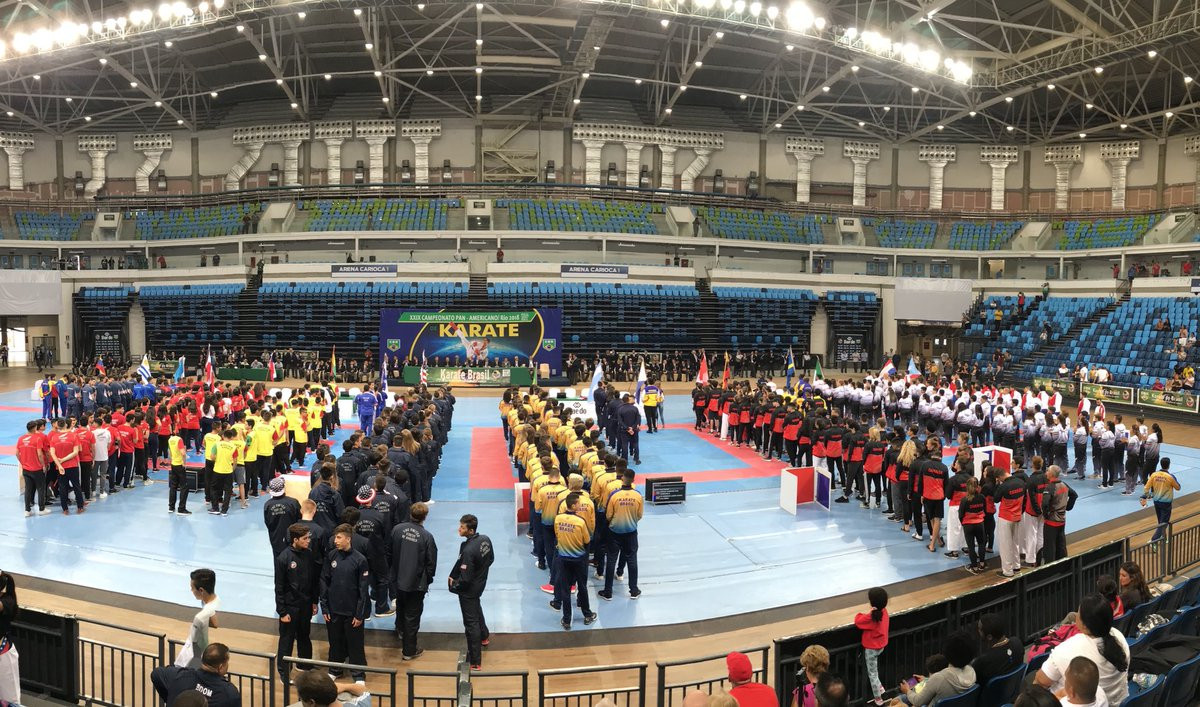 Venezuela earned three kata gold medals - all at the expense of the United States - on the second day of action at the Pan American Karate Federation Junior, Cadet and Under-21 Championships in Rio de Janeiro.

Ricardo Perez de Abreu earned a 5-0 scoreline in his men’s cadet kata final at the Carioca Arena 1 against Mason Stowell of the United States.

Stowell’s female compatriot, Kaitilyn Shimohara, produced the same scoreline in her own favour as she overcame Canada's Amelie del Rosario in the women’s cadet kata final.

The #IpponOfTheDay is here!
...and it is so fast that you'll miss it if you blink! 🧐
Celebrate the weekend with us with this treat for all #Karate 🥋fans out there! pic.twitter.com/c7z7X6gKU2

But Kevin Stevens, also of the US, found the going tough in the men’s junior kata final, where he was beaten 4-1 by Venezuela’s Luis Garcia Parra.

The kata final between Venezuelan and US opposition resulted in a third win for the South American country as Victoria Hernandez Moyeda beat Zoe Meszaro 4-1 in the women’s junior section.

More than 700 athletes from 20 nations are taking part in this World Karate Federation event.

Competitors aged 12 to 20 years-old are competing for the gold medals in the 49 categories at stake.

The event will continue until August 25.