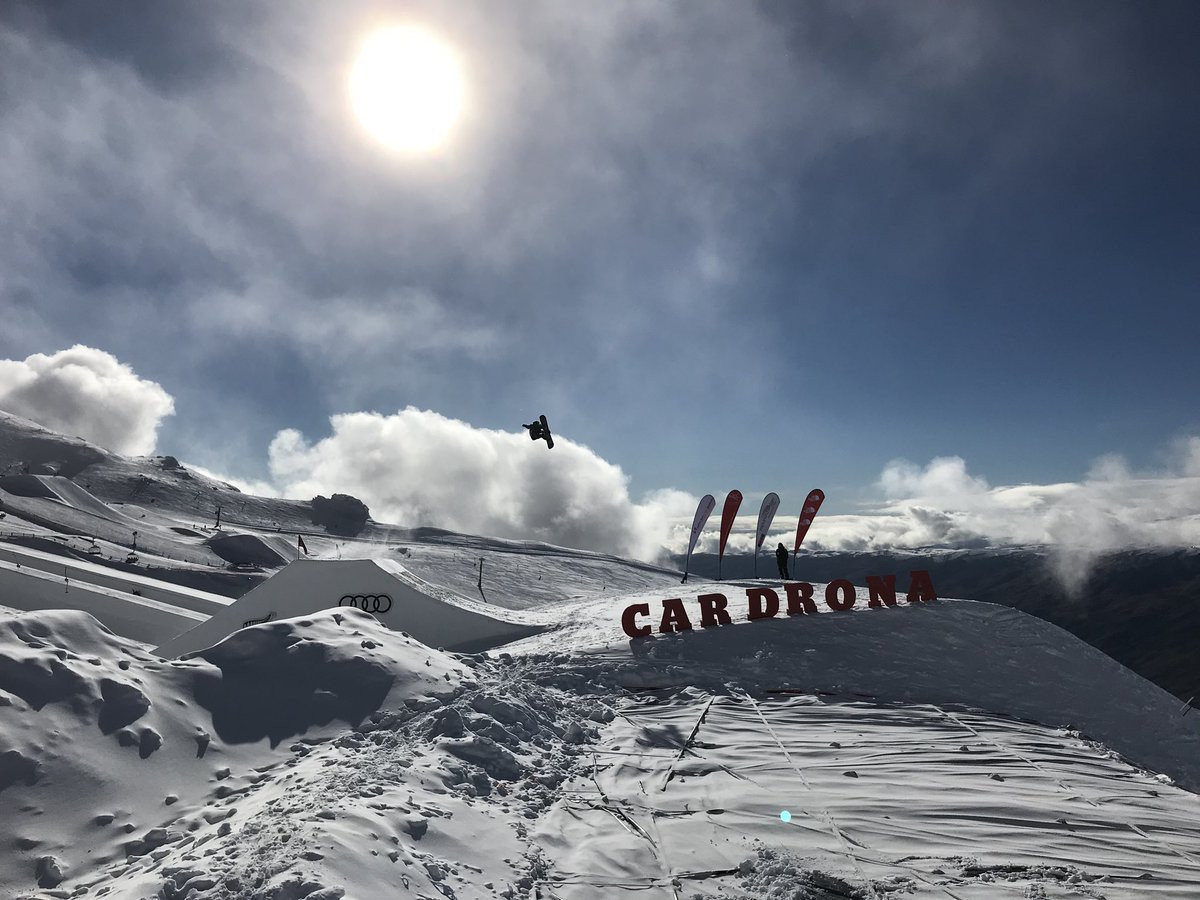 Japan came out on top in both the men's and women's snowboard big air qualification rounds as the International Ski Federation Junior Freestyle Ski and Snowboard World Championships began in New Zealand.

Takeru Otsuka was the best performer in the men's event at the Cardrona Mountain Resort with Kokomo Murase leading the way in the women's.

Two heats were held in the men's competition with the top six in each advancing to the 12-man final.

Otsuka, who won an X-Games gold medal in Norway this year, scored 96.00 with all of the best three scores coming from heat one.

Niek van der Velden of The Netherlands was just behind the Japanese rider on 92.40 with Switzerland's Moritz Boll tallying 90.40.

Murase, who also won X-Games gold this year at the age of just 13, qualified best from the sole women's heat with eight athletes going through.

Ryan Stevenson and his triple 1440 to clinch the top spot in heat 2 of men's big air Q at JWC in Cardrona. Finals are slated to go down tomorrow. @wintergamesnz @CardronaNZ ⁰⁰Full results: https://t.co/jaJTp5A1Wo pic.twitter.com/VxbkUV1F90

The Pyeongchang 2018 Winter Olympian was followed into the final by heat two winner Ryan Stevenson of the US, who scored 91.60.

Norway's Birk Ruud, second behind Magnusson in heat one, was also given a mark of 91.60.

All three finals will be held tomorrow, alongside the women's skiing big air where no qualification round was held.

The event is part of the NZ Winter Games programme.