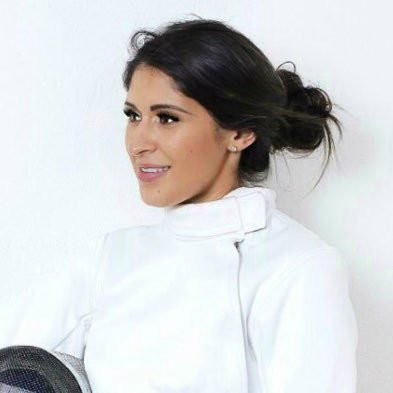 Paola Pliego has announced she will sue the Mexican Fencing Federation (FME) and the country's National Commission for Physical Culture and Sport (CONADE) after she was cleared of wrongdoing following a positive drugs test which excluded her from competing at the 2016 Olympic Games in Rio de Janeiro.

According to Spanish newspaper Marca, the 23-year-old claimed she has not received an apology from any Mexican sporting body, accusing the authorities of trying to block her from "exposing corruption in fencing and concealment" by the organisations.

Pliego also said that the alleged corruption within the FME has damaged her career in a letter sent to Mexican Olympic Committee President Carlos Padilla.

The Mexican accused the FME of refusing to allow her to take part at a World Cup event in January of this year and claimed they had ignored her requests to enter the recent World Championships in the Chinese city of Wuxi.

She even claimed she offered to pay for her own expenses so she could participate at the competition.

Pliego has now launched legal action against the two organisations in a bid to restore her reputation and hold the sporting bodies she claims to have let her down to account.

"I have received no apology from any Mexican sporting authority," Pliego said, according to Marca.

"On the other hand, they have breached commitments, threatened my career and thwarted my goals.

"They want to block me from exposing corruption in fencing and concealment by the Mexican authorities."

Pliego was cleared to compete in October 2016 by the International Fencing Federation, who ruled that she had not committed an anti-doping rule violation.

The sabre specialist failed a test for banned stimulant modafinil after competing at the Pan American Fencing Championships in Panama in June of the same year.

The CONADE said that her sample had registered 540 nanograms of the substance - usually used to treat narcolepsy.

Pliego, a double Pan American Championships medallist, repeatedly denied any wrongdoing but was banned from competing at Rio 2016.

Geyer claimed that a different method was needed to test for the substance from what had been used by CONADE, who were ordered to send the original urine sample to the German lab by the World Anti-Doping Agency.

Pliego claimed in her defence that she suffers from asthma and takes the supplement manganese, which, if combined with modafinil, can prove fatal.