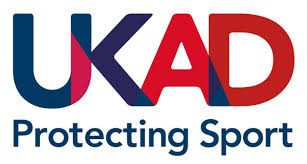 Rugby union player Dean Ashfield has been handed a four-year doping by UK Anti-Doping (UKAD) with over half of the organisation’s current sanctions now associated with rugby.

A total of 67 sanctions are currently listed by UKAD, with 34 coming from either rugby league or rugby union.

Rugby union accounts for 22 of the sanctions, with 12 coming from rugby league.

Several of the failures have come from amateur players, including Ashfield.

He tested positive for three prohibited substances following an in-competition test on March 15 in 2017.

It followed a match between his team Clevedon and Bridgwater and Albion.

Ashfield was found to have taken the anabolic steroids drostanolone, 17-epitrenbolone and clenbuterol.

In his witness stated, Ashfield revealed he was a builder and claimed to have been in agony as a result of back and knee pain, which supposedly came as a result of reconstructive knee ligament surgery.

He claimed the pain have prevented his participation in rugby, before stating he received an injection from a sports therapist.

The therapist, who was claimed to run a gym, was alleged to have told him the injection could ease his pain.

Ashfield claimed they did not discuss the contents of the injection and that he had trusted the therapist.

The Rugby Football Union showed he had participated in every match for Clevedon RFC from the start of 2017 until the date he was suspended on 10 April.

He repeated he was unwilling to name the therapist "because he was concerned about the threat of violence".

A Sports Resolutios National Anti-Doping Panel ruled that Ashfield had failed to prove the rule violation was unintentional and handed him a four year ban.

The sanction is set to run until midnight on April 9 in 2021.

He is the second Clevedon RFC played to be handed a ban in the past year, with Mike Lowis having tested positive for drostanolone and trenbolone in March in 2017.

"It’s imperative athletes at all levels understand and adhere to the rules and responsibilities around anti-doping," Pat Myhill, UKAD’s head of operations, said.

"Not only is taking such a cocktail of performance enhancing drugs cheating and completely against the spirit of sport, it also has the potential to be hugely damaging to health.

"We have seen a number of cases recently which have involved steroids, and both athletes and the wider public need to be aware of the long-term effects of taking them, including heart, kidney and liver problems.”