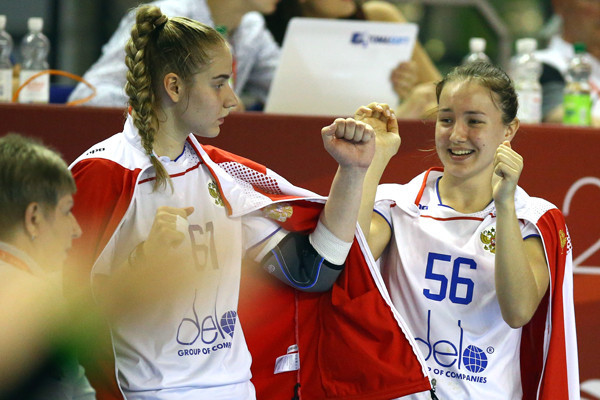 Russia needed all of Mikhaylichenko’s opportunism in this International Handball Federation event against a highly motivated Hungarian side that had reached the final with a 34-29 over Asian champions South Korea.

Csenge Kuczora scored eight for Hungary, but they could never quite get on terms with their opponents, who led 15-12 at the halfway point at the Legionów Hall in Kielce.

South Korea took the bronze medal after a 34-27 win over Sweden, with Yun Ye-jin leading the way for them with nine goals.

Fifth place went to Germany, who beat Denmark 3-0 on penalties after the sides had drawn 25-25.