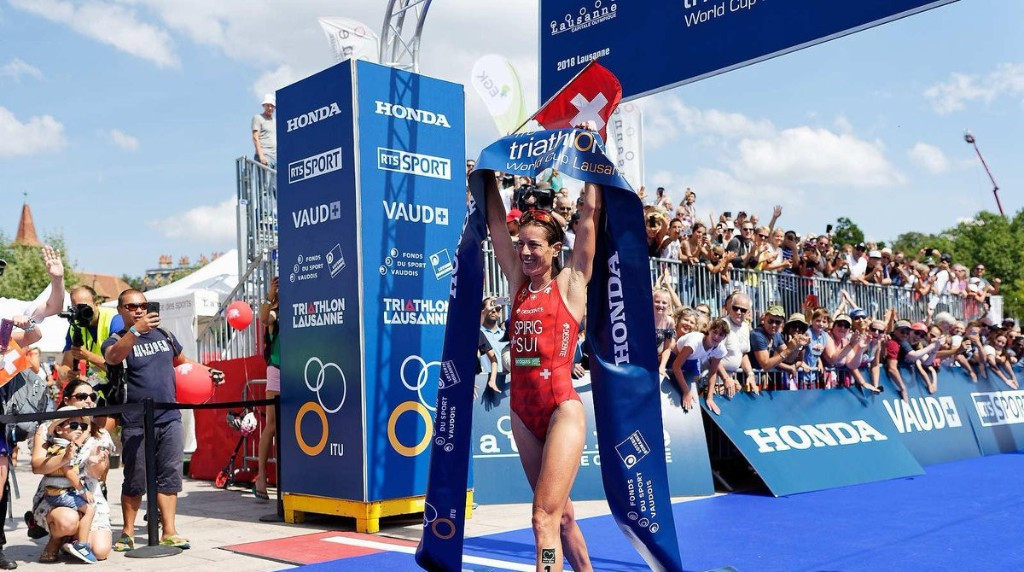 Spirig had claimed the European title for a sixth time in her career last week in Glasgow and delivered a similar performance in front of a home crowd.

She crossed the line in a winning time of 2hr 5min 11sec over the Olympic distance course.

As in the Scottish city, Spirig, the London 2012 Olympic champion, came out of the swim behind a leading group.

Spirig was able to lead a chasing group during the 40 kilometre city centre bike circuit, which featured several climbs and descents.

Having caught and passed the leaders, Spirig headed into the transition with three rivals as they prepared for the 10km run.

The home favourite headed out onto the run first and remained out in front until the finish of the event.

She was followed by Taylor Knibb of the United States, who crossed the line in a time of 2:06.02.

The podium was rounded off by Italy’s Verena Steinhauser as she finished a further 23 seconds behind.

The men’s race would be decided on the run course, despite countless attacks during the bike leg of the event.

A total of 30 athletes entered the final transition together, with Olympic silver medallist Jonathan Brownlee of Britain and Norway’s Kristian Blummenfelt leading the way.

The duo were joined at the front of the race by Idem and Bence Bicsák of Hungary.

Idem would up the pace in the concluding stages to pull away from the trio, with the Norwegian earning victory in 1:49:48.

Brownlee ended as the runner-up as he steps up his comeback from injury, completing the race in 1:50:19.

He was five seconds clear of third place Blummenfelt, with Bicsák fading in the latter stages to finish 23 seconds off the podium.