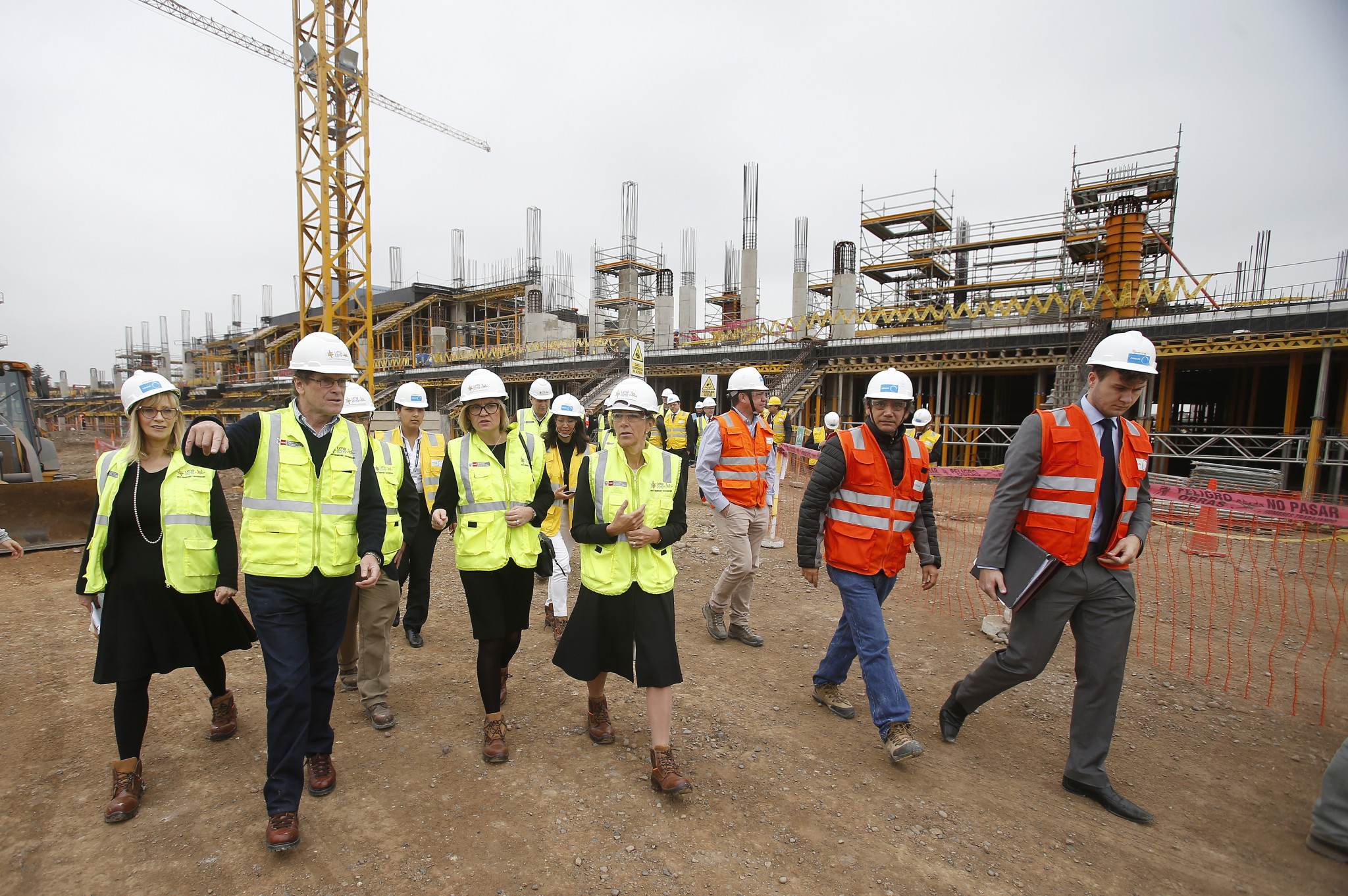 Baroness Rona Fairhead, the United Kingdom's Minister of State for Trade and Export Promotion, has visited one of the main venue clusters for the Lima 2019 Pan American Games.

Her trip to the VIDENA in Peru's capital comes with Britain heavily involved in the Lima 2019 process.

In particular, the country has worked on key infrastructure projects which have been covered under a Government-to-Government (G2G) deal signed between the UK and Peru in April of last year.

The VIDENA cluster has been described as a "future elite sports hub for the next generation of Peruvian athletes".

Lima 2019 President Carlos Neuhaus led Baroness Fairhead on an inspection of the cluster which is currently undergoing renovation.

The Athletics Stadium and Aquatics Centre are based there as well as other facilities which feature modern retractable stands for 1,000 fans.

Work being carried out includes the roof of the existing velodrome, a bowling venue with 24 lanes and an underground car park.

"The Minister's visit shows the strengthening bilateral relations between Peru and the UK since the implementation of the Government-to-Government Agreement," said Neuhaus.

"This agreement has allowed Peru to commission world-class sporting infrastructure of the highest standard through open and transparent processes ahead of the Lima 2019 Games."

Baroness Fairhead was joined on the inspection of VIDENA by director general of the G2G Michael Charlton, UK Ambassador to Peru Kate Harrisson and the head of Commercial for the UK Embassy in Peru, Francine Torbett.

"I'm delighted that so many British companies are interested in doing business here in Peru, bringing the best British experience and innovation with them," she said.

The Parapan American Games will then follow from August 23 to September 1.