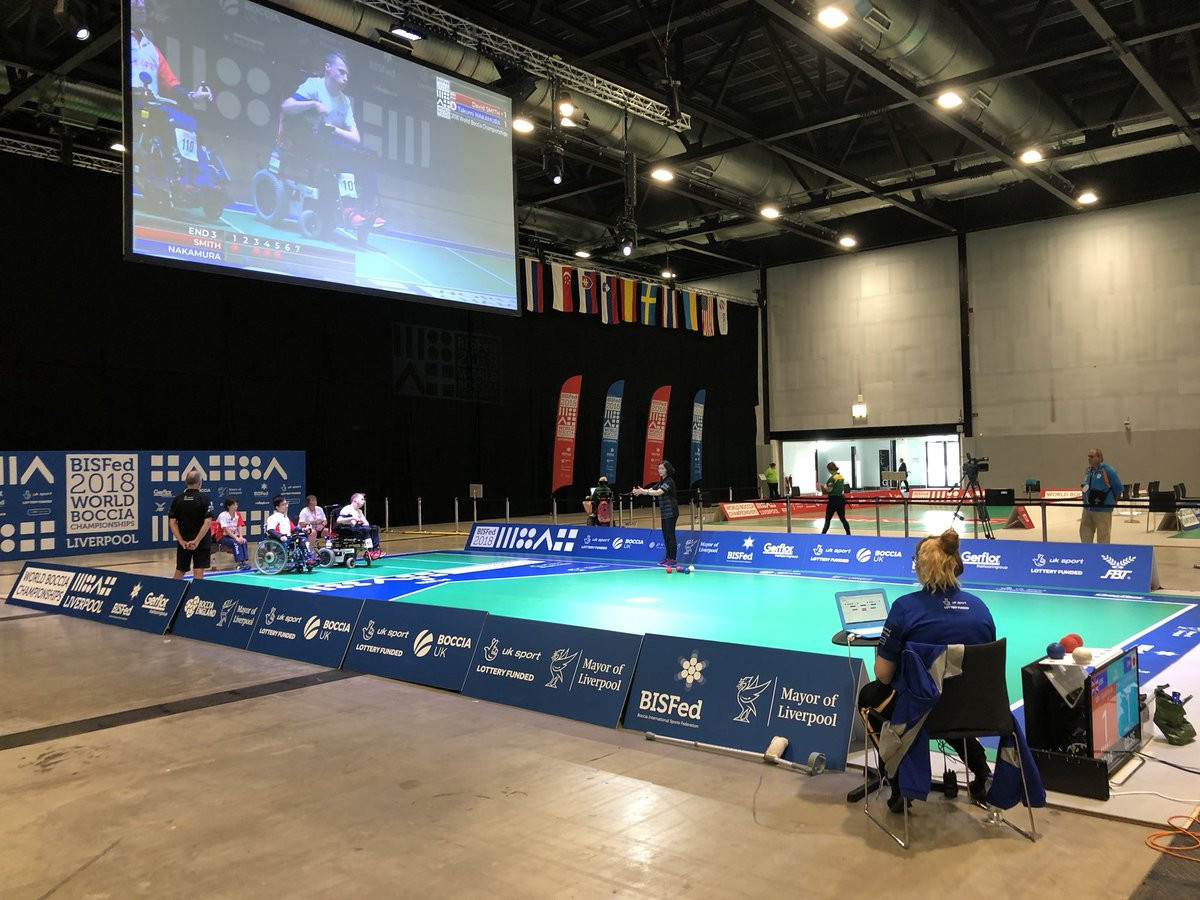 Double Paralympic gold medallist David Smith survived a scare as he needed a tie-break to beat Japan's Takumi Nakamura to reach the semi-finals of the Boccia World Championships in Liverpool.

The reigning Paralympic champion squeezed through to the last four in the BC1 category following a nervy contest with Nakamura at the Exhibition Centre in the British city.

Smith, who also won team BC1-2 gold at the 2008 Paralympics in Beijing, eventually emerged victorious after the match had finished 3-3.

The result saw him continue his quest for the world title on home soil.

The other last four encounter in the category will be between Daniel Perez of The Netherlands and Chinese player Kai Sun.

Robert Mezik ensured Slovakia had at least one semi-finalist as he ousted Watcharaphon Vongsa of Thailand 3-1 to book his semi-final place in the BC2 competition.

Mezik is joined in the last four by Thailand's Worawut Saengampa, who defeated Nadav Levi 3-2 in a hard-fought match.

The Championships in Liverpool, which unsuccessfully bid for the 2022 Commonwealth Games, continue tomorrow.