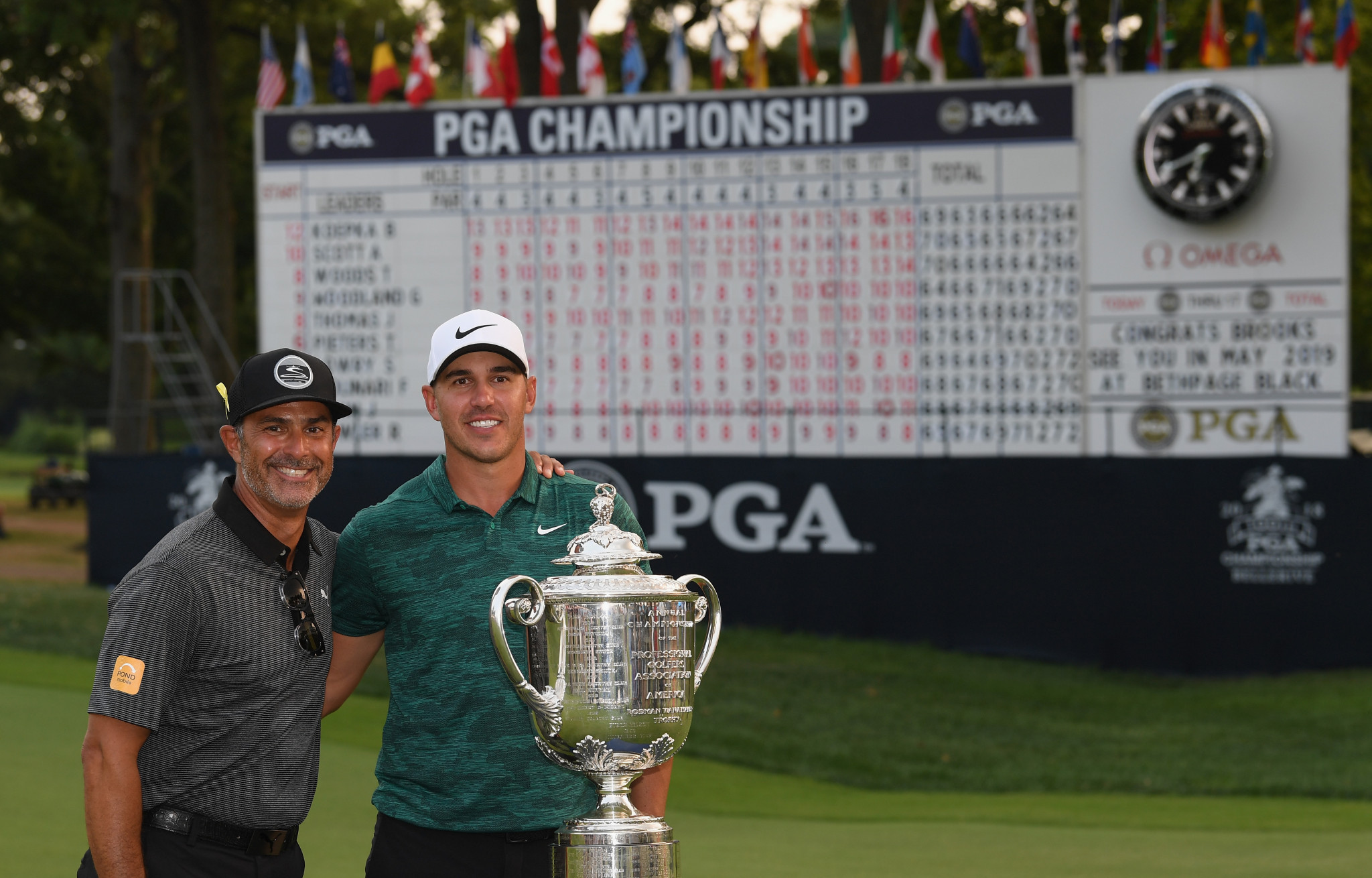 Brooks Koepka held off a surge by Tiger Woods, which was reminiscent of his play at the peak of his career, to win the Professional Golfers Association (PGA) Championship by two shots at Bellerive Golf and Country Club in St. Louis.

Koepka started the final round two shots clear of Australian Adam Scott, before shooting a four-under-par 66 to finish 16-under for the major.

Thousands of fans and a wave of noise followed the American golfing icon around the course, as he holed eight birdies to card his lowest ever final round score at a major of 64.

His efforts were not enough to stop his compatriot Koepka, however, who becomes the first man since Woods to win the US Open and PGA Championship in the same season.

"It kind of pushes you to step up your game," Koepka said of Woods' performance afterwards.

"Because you know he's right there if you fall."

He added: "I think other than me, my team, everybody was rooting for Tiger."

Koepka entered the tournament at Bellerive with a fine season already under his belt, which has seen him win the US Open and secure two other top-five finishes on the tour.

The world number four has battled injury this year after partially tearing a tendon in his right wrist and then missing the Masters with another problem.

He started his final round at Bellerive with a birdie, but then dropped shots at the fourth and fifth before Woods moved within a shot with birdies on the 12th and 13th.

Any real chance of a Woods victory was scuppered, however, when the man in red and black bogeyed the 14th.

Koepka duly birdied the 15th and 16th to move clear.

"I didn't know what swing I was going to use, either.

"I'm in uncharted territory, because no one's ever had a fused spine hitting it like I'm hitting it.

"So I had to kind of figure this out on my own and it's been really hard.

"It's a lot harder than people think.

"I'm just very pleased at what I've done so far, and now to be part of the Ryder Cup conversation, going from where I've come from to now in the last year, it's been pretty cool."

Koepka, who also won the US Open in 2017, has now won three major titles in the past 14 months.