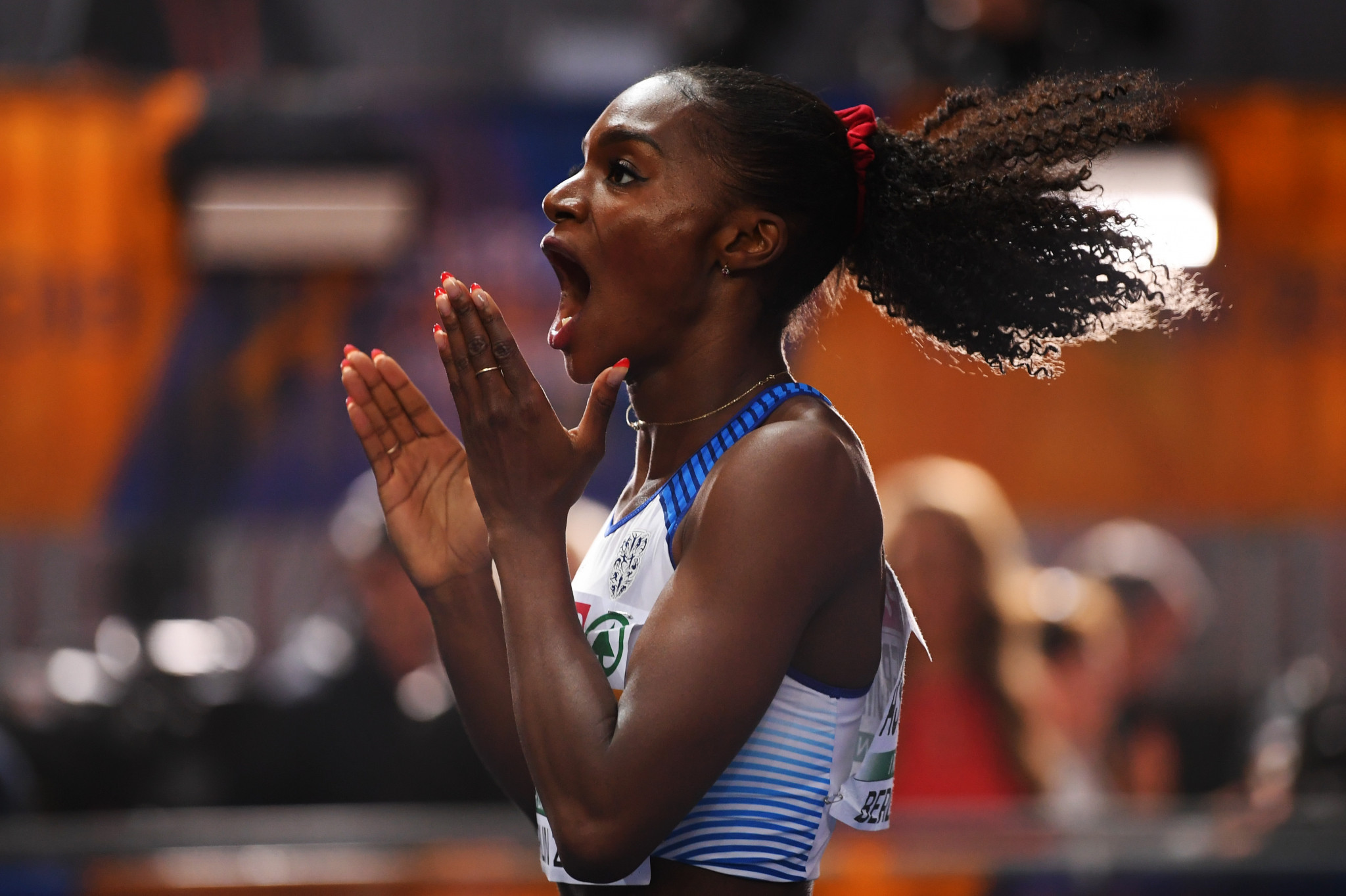 A crowd of 60,500 spectators - the largest yet at the Berlin 2018 European Athletics Championships - witnessed another huge night of athletics here as Norway's 17-year-old Jakob Ingebrigtsen and Britain's Dinah Asher-Smith completed golden doubles in the men's 5,000 metres and women's 200m respectively.

The youthful Ingebrigtsen is already a historic figure in athletics terms - the first athlete to win the 1,500m and 5,000m at the same European Championships.

A day after his extraordinary and exhilarating victory in the metric mile, he once again went through the bell in the lead.

His elder sibling Henrik, European 1,500m champion himself in 2012, had his kid brother's back as they withstood all challenges on the final lap before this extraordinary teenager floated away over the final 80m, having time for a slightly bewildered look around him before crossing in 13min 17.06sec.

Henrik added to the family medal collection with silver in 13:18.75, with bronze going to Morhad Amdouni of France in 13:19.14.

"It was a little crazy to get this medal today, this is huge."

He added that his other brother Filip, who had defended his 1,500m title the previous day, had been unable to compete today as he was suffering from a broken rib.

Earlier in the evening it had been Asher-Smith who floated to a second title as she dominated her final and crossed in a British record and 2018 world-leading mark of 21.89sec to make a successful defence of the title she won in Amsterdam two years ago.

On that occasion the Dutch world champion Dafne Schippers was not in the field, having run only the 100m at her home Championships.

Tonight she was, and she produced a season's best of 22.14, but it was only enough for silver ahead of compatriot Jamile Samuel, who ran a personal best-equalling 22.37.

"I didn't expect to run so fast when I'm still tired from the 100 metres," said Asher-Smith.

German athletes responded to the heady atmosphere by taking gold in two of the three field events as Mateusz Przybylko won the men's high jump with 2.35m and Malaika Mihambo the women's long jump title with 6.75m.

But the possibility of a home hat-trick was terminated by Perkovic's fifth-round throw of 67.72m, which pushed Germany's Nadine Muller, who had thrown a season's best of 63.00, down to silver.

As things turned out, there was a golden hat-trick on day five and it was Poland who managed it as Adam Kszczot became the first man to win three European 800m titles, clocking 1:44.59, and Justyna Swiety-Ersetic won the women's 400m title in 50.41 before anchoring her national team to victory in the concluding women's 4x400m final in 3:26.59.

Until Perkovic, who had been unable to reach 60m, burst into life with her penultimate throw, the hosts were on not just for gold, but a full podium as Muller was followed by team-mates Shanice Craft, who eventually took bronze with 62.46, and Claudine Vita, fourth with 61.25.

"It was a very tough competition," said Perkovic, before being lifted off her feet by Berlino the Bear.

It was the second big surprise of the night for the Croatian.

"During the competition, I was thinking about my mum who is always very nervous watching me in the TV," she said.

"So I started to think about her and I imagined how nervous she must be at home seeing me not throwing so well.

"Then I managed to finally improve and I showed a smile to the camera.

"And suddenly, I saw her in the crowd.

"She came here to surprise me."

Mihamabo's winning effort came in the third round, but she could not relax for a moment in a highly volatile contest which had opened up following the Achilles tendon injury which prevented Serbia's world indoor champion Ivana Spanovic from defending her title.

While Britain’s Lorraine Ugen, who leads this year's world list with 7.05m, failed to progress beyond the first three jumps after managing only 6.45m, her compatriots enjoyed a far more profitable day and Shara Proctor moved into silver position with a fourth round effort of 6.69.

A fifth round effort of 6.66 from the third British jumper, Jazmin Sawyers, took her into bronze position, but she was immediately replaced by Ukraine’s Maryna Bekh, who managed 6.67.

Back came Sawyers with a final effort that matched the Ukrainian’s best and moved her back into bronze through a better second best jump.

But Bekh responded in turn with 6.73, moving up to silver.

There was one final twist, as Proctor's last effort looked big - but it was just one centimetre above her previous best, and the German was free to cavort.

Przybylko'’s victory was earned with five first-time clearances, starting with 2.19m and ending with a height that equalled his personal best and saw off the challenge of his only remaining competitor, Maksim Nedasekau, who skipped up to 2.37 after two failures at 2.35 but then presented the delighted German with gold when he failed to clear at his first attempt.

Nedasekau claimed silver with 2.33, equalling his personal best, and bronze went to Authorised Neutral Athlete Ilya Ivanyuk in a personal best of 2.31, with Italy’s defending champion Gianmarco Tamberi, still working towards his best form following the traumatic ankle injury he suffered in 2016, having to settle for fourth with a season's best of 2.28.

Kszczot offered yet another demonstration of perfectly judged championship racing as he took over the lead around the final bend from France’s world champion Pierre-Ambroise Bosse who had led through the bell, and powered home, running a negative split of 53.57 and 51.02.

Andreas Kramer came through for silver in 1:45.03, equalling the Swedish record, and Bosse hung on for bronze in 1:45.30.

Swiety-Ersetic’s individual triumph over one lap – in the fastest time run by a European this season - came after Greece’s leader Maria Belibasaki ran out of gas with the line beckoning, having to settle for silver in 50.45 before collapsing in a heap. But she had the added consolation of a national record, as did bronze medallist Lisanne De Witte of The Netherlands in clocking 50.77.

And Swiety-Ersetic rounded things off just over an hour and a half later as she took over the baton with a final leg lead, allowed France to push on, then moved back past their runner to claim the win.