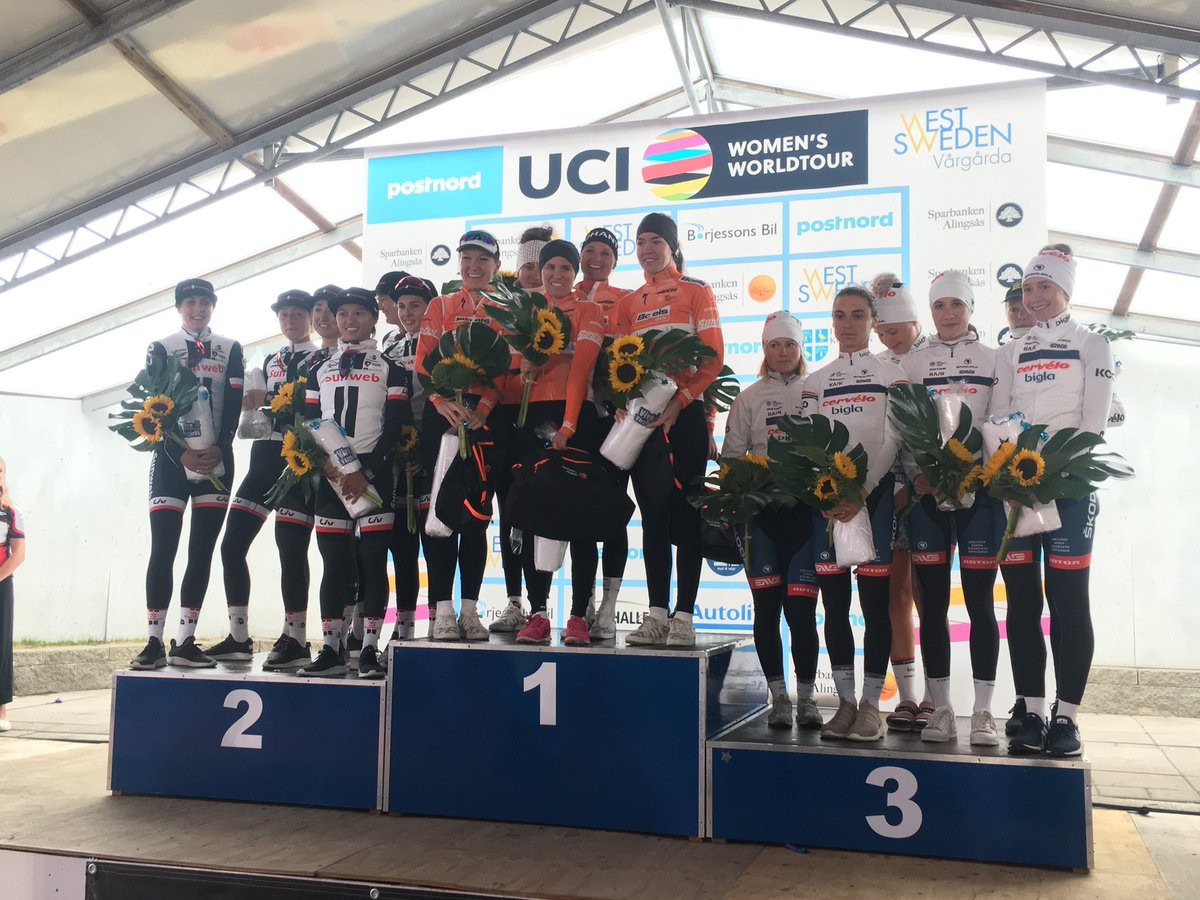 She was joined by Amy Pieters, Karol-Ann Canuel, Amalie Dideriksen, Christine Majerus and Chantal Blaak as the cyclists tackled a 42.5 kilometre route.

They clinched a winning time of 53min 7.8sec as the Dutch-registered team won the title for the third year in a row.

And now they are all out on the wet streets of Vargarda and Herrljunga: The defending champions of @boelsdolmansct just started as last team on the startlist. #UCIWWT #VargardaWWT pic.twitter.com/Tiv23di4HW

Cervélo Bigla won the bronze medal as their team stopped the watches at 53:54.8.

A second UCI Women’s World Tour event is scheduled to follow on Monday (August 13) in Sweden, when a road race will be held in Vårgårda.