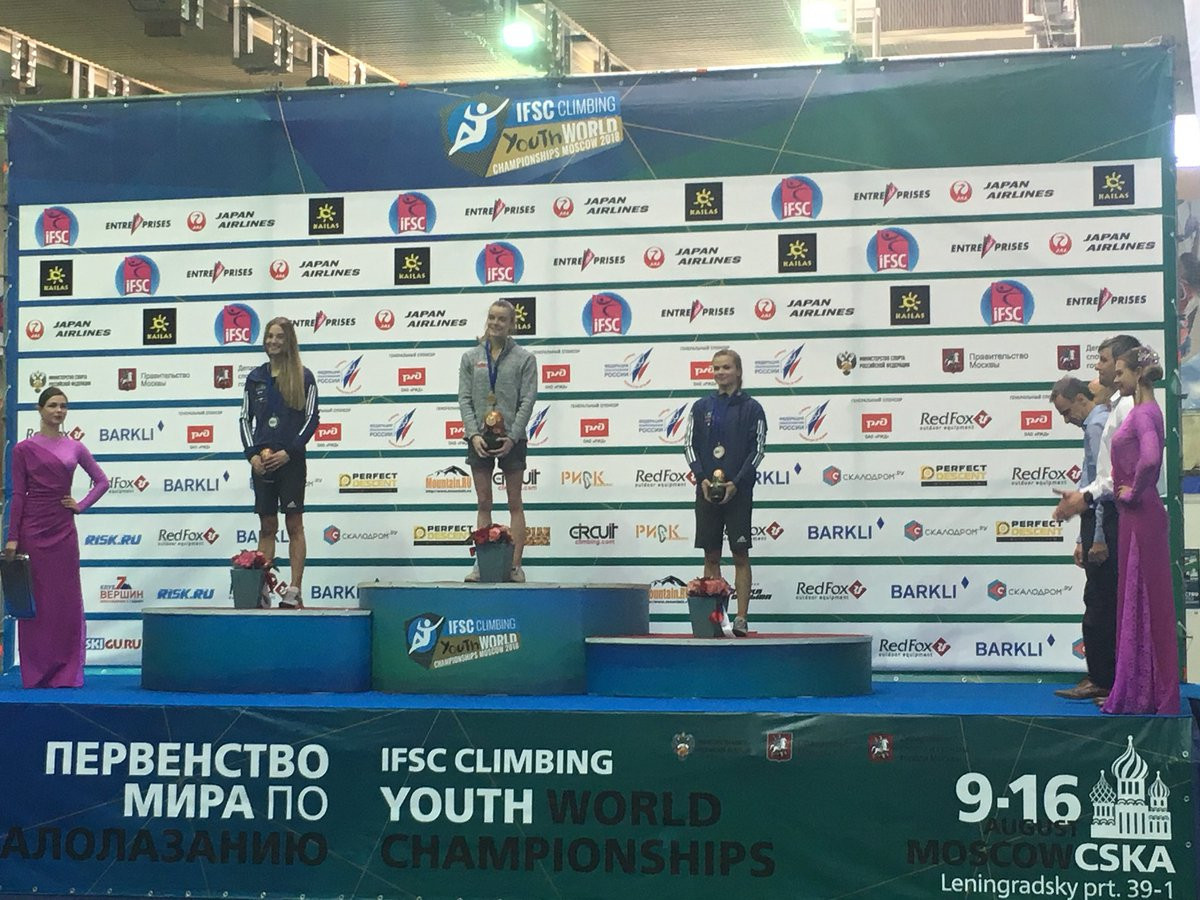 Slaney beat the other five climbers in the women's event in the junior category for athletes aged 17 and 18 to claim Britain's first title of the competition in the Russian capital.

The Briton breezed through qualification and the semi-final before taking top spot in the final.

Her triumph denied Slovenia, a prominent sport climbing nation, the gold medal as Urska Repusic and Vita Lukan were forced to settle for silver and bronze respectively.

Japan are also considered among the top countries in the sport worldwide and demonstrated their prowess once again as Narasaki clinched the men's youth title.

Narasaki proved too strong for the rest of the field in the final, with Germany's Yannick Flohe his closest challenger.

The event in Moscow is due to continue tomorrow with finals in the youth 'A' bouldering and junior speed categories.