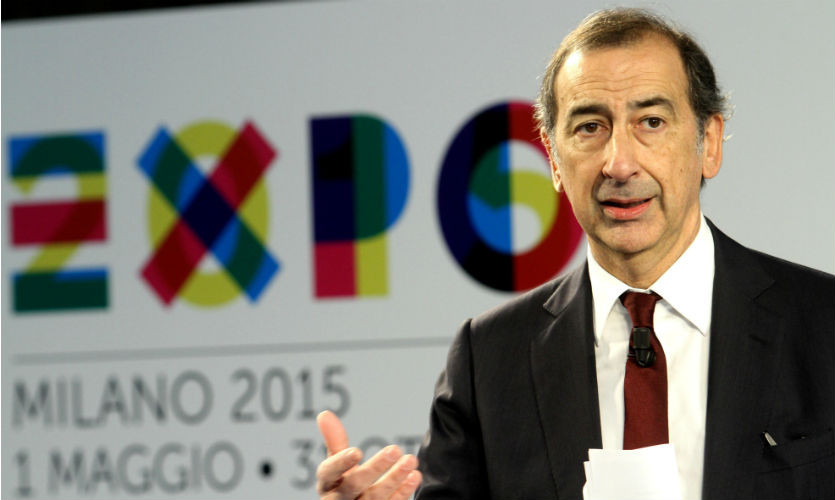 Milan Mayor Giuseppe Sala has insisted the city remains part of the joint Italian bid for the 2026 Winter Olympic and Paralympic Games but he reiterated his criticism of the project by calling the proposal a "botched solution".

Sala also warned he would "not allow Milan's dignity to be trampled upon" after the Italian National Olympic Committee (CONI) announced plans to launch a three-city bid, including Milan, Turin and Cortina d'Ampezzo, earlier this month.

He revealed a meeting of the Mayors of the three cities would be held in September to "sit down and rebuild".

The decision from CONI was heavily criticised by Sala, who immediately claimed his city is not interested in being involved in the governance of a joint bid.

He reportedly told CONI President Giovanni Malagò that they would still be willing to host Olympic events but criticised the supposed prevailing of "political reasons" over sporting and regional ones.

In an interview with Italian broadcaster RAI3, Sala maintained that CONI had initially given their support to Milan's bid before deciding to enter a joint effort at the last minute.

Turin Mayor Chiara Appendino has also spoken out against the joint plan but neither city has pulled out of the running.

Their public criticism may end up proving costly to CONI's attempt to bring the Winter Olympics back to Italy 20 years after Turin staged the event, however.

"I think it's a botched solution," Sala said.

"I asked for a meeting immediately and I was told that we will see each other in September, so let's wait.

"We have not pulled out, but I will not allow Milan's dignity to be trampled on.

"This is the truth - that CONI and President Malagò had decided to focus on Milan and the policy then made him change his mind.

"The CONI and its President for many months had said, in my presence and that of other people, that in the race to host the Winter Olympics of 2026 they would have focused on Milan and Malagò cannot say no.

"Then 24 hours before the choice he explained to me that it was not possible to go on like this for political reasons."

Speed skating and other ice hockey games would take place in Turin, with slalom Alpine skiing in nearby Sestriere.

Sliding sports would be held alongside all other Alpine skiing events in Cortina, with Nordic combined and ski jumping in Val di Fiemme.

Livigno would host freestyle skiing, Valtellina would form the location for cross-country skiing and biathlon and snowboard competitions would be held in Bormio.

CONI also hope that they will be able to keep the 2019 International Olympic Committee (IOC) Session at which the 2026 host is due to be chosen in its current location of Milan.

They claim that they have already paid for contracts for the Session and accompanying ceremony venues.

A final decision on this issue will be made by the IOC, whose rules stipulate that an election cannot take place in one of the bidding nations.

The IOC are due to vote on their official candidates for the 2026 race at their Session in Buenos Aires in October.

The Italian attempt is still considered volatile by many because Rome bids for the 2020 and 2024 Summer Olympic and Paralympic Games each collapsed following a sudden loss of political support.

This leaves Stockholm, which still lacks Government support, Sapporo, which would prefer the 2030 edition and seems to only be remaining in the race at the request of the Japanese Olympic Committee, and Erzurum in Turkey, considered risky for security, political and geographical reasons.