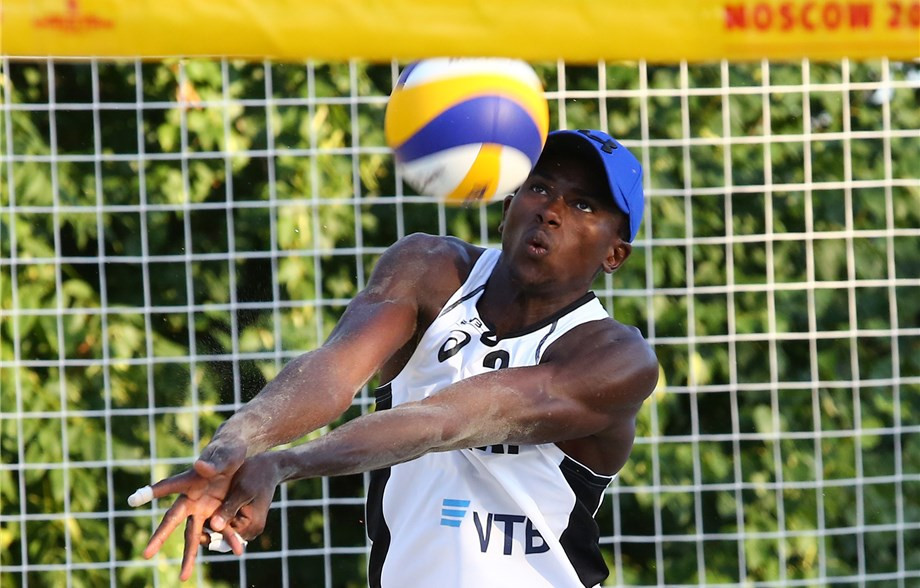 Qatar's Cherif Younousse and Ahmed Tajin silenced the home crowd at the Federation of International Volleyball (FIVB) Moscow Open today as they beat Russia’s Konstantin Semenov and Ilya Leshukov to make the quarter-finals.

The match took place on one of the outside courts at the Gorky Park but still attracted a significant crowd due to the Russians taking part in this 4-star World Tour beach tournament.

"It was a very tough game, in their home town and they had a full support and they took a lot of energy from the crowd," Ahmed said.

"But we fought and really fought for it and at the end we made it through.

"It was not easy.

"We knew it wouldn’t be easy.

"They had a lot of motivation to win and it was a big match and like a final.

"It was like playing against the crowd as well, and we wanted to quieten the crowd down."

The 23-year-olds have been playing together for less than a year but that did not stop them beating the gold medallists from the Mersin 3-Star event earlier this year.

Russia will still have one pair in the tomorrow’s quarter-finals.

Oleg Stoyanovskiy and Igor Velichko beat the Chilean cousins Esteban and Marco Grimalt 24-22, 21-15 to stay on course for their third World Tour medal of 2018.

"I feel relieved because they are a very good team," Velichko said.

"They improve from match-to-match and it is the third time we’ve played them this season.

"This time they changed their strategy and we were a little confused by it, but we managed to adjust so we were able to fight back and win."

On the women’s side, Tanja Huberli and Nina Betschart had to be at their best to reach the quarter-finals.

The Swiss duo took on the Netherlands’ European champions Madelein Meppelink and Sanne Keizer and won I straight sets 21-17, 21-17.

"On the court we didn’t have great control of the game," Betschart said.

"I think we served really well and that put their pass and set under pressure, so we always had chance to block and defend them and that is why it was straight-sets."

Like in the men’s event, there will be one Russian pair in the last eight.

Nadezda Makroguzova and Svetlana Kholomina beat Finland’s Anniina Parkkinen and Taru Lahti 21-17, 21-15 to reach their first World Tour quarter-final, having failed in the previous round seven times this year.

They are undoubtably an up and coming side though, having won silver medls in the FIVB Beach Volleyball Under-21 World Championships in 2016 and 2017.

"It was a very difficult game for us," Kholomina said.

"We haven’t been able to reach this round this season so it is great to have done it in Moscow.

"We were nervous about this match, but now are very happy with the result."