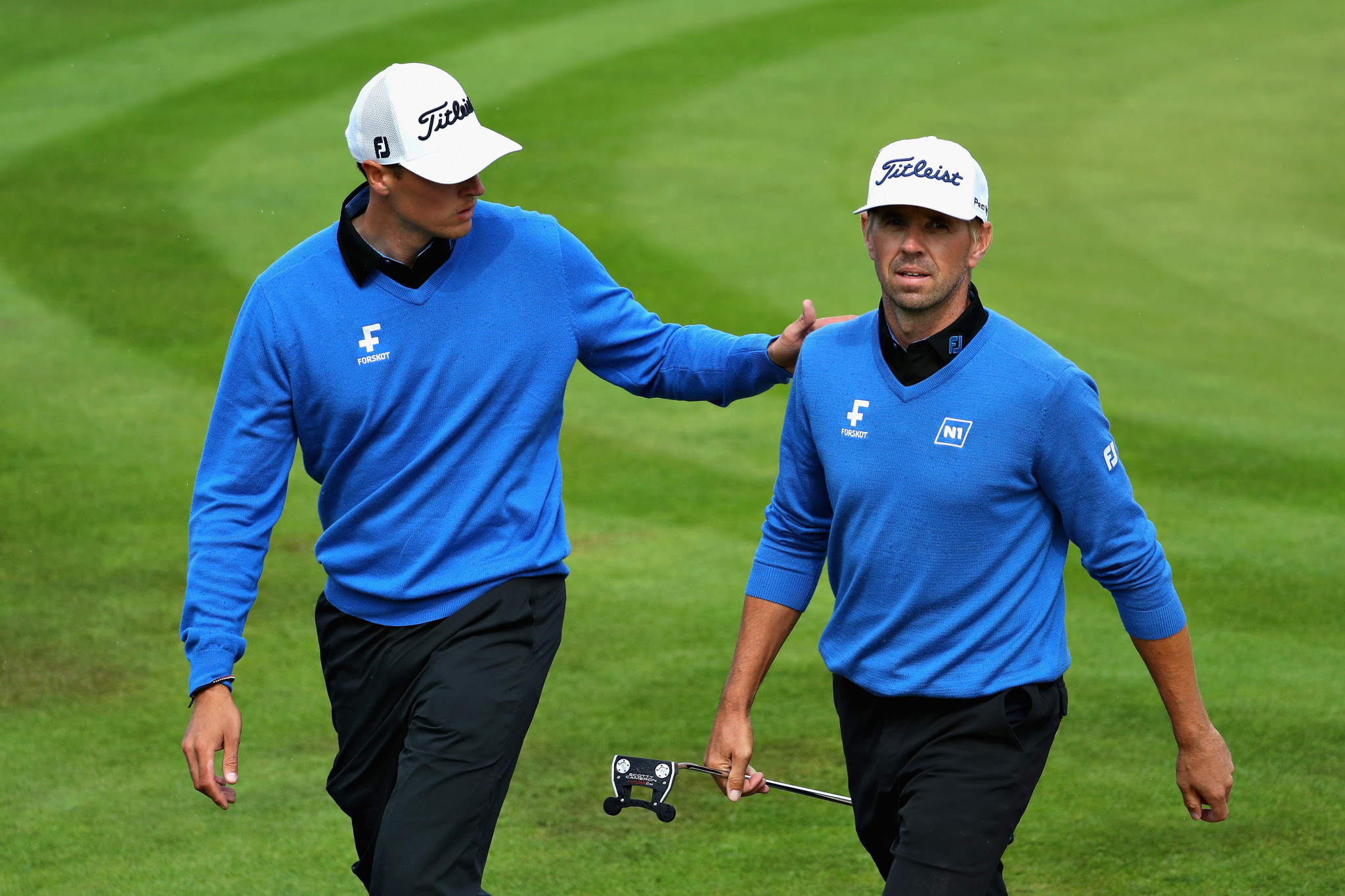 Iceland’s men’s pair of Birgir Hafthorsson and Axel Boasson claimed a third straight win to book their place in the semi-finals of the European Golf Team Championships at Gleneagles.

The duo battled Norway for top spot in Group D of the men’s competition at the PGA Centenary Course, with both teams having won their opening two matches.

Hafthorsson and Boasson ended two up to clinch a third straight success, putting them through to the semi-finals.

They are now set to face the challenge of Spain's Santiago Tarrio Ben and David Borda, who edged Portugal on their head-to-head record, with both teams ending with two wins and one defeat.

Italy's Francesco Laporta and Alessandro Tadini won Group B after they beat Britain’s third team to top the standings.

The Italians finished the group with three victories, having seen off the challenge of two British and one Irish teams.

Their reward will be a semi-final meeting against Spain’s Pedro Oriol and Scott Fernandez.

They emerged unbeaten from Group A following two wins and one tie from their matches.

Hosts Britain will be represented in the women’s semi-finals, with Georgia Hall and Laura Davies having won all three of their Group A matches.

The duo will take on Justine Dreher and Manon Molle, after the French pairing won two and tied one match in Group B.

Britain’s third team of Michele Thomson and Meghan Maclaren managed the same record in Group C of the competition.

They are now set to meet Sweden’s Cajsa Persson and Linda Wessberg, who topped Group D with two wins and one loss.

The men’s and women’s team competitions will conclude with the semi-finals and medal matches on Sunday (August 12), which will foursomes.

The mixed team event is due to take place tomorrow.