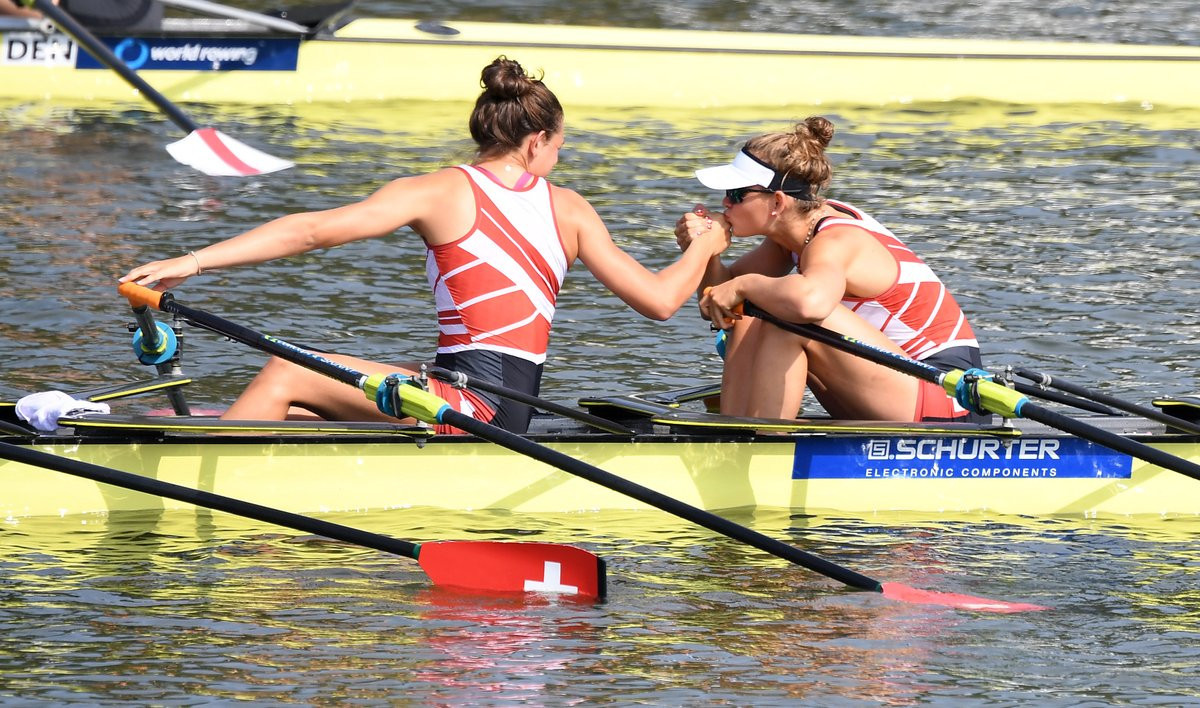 Athletes and fans alike had to deal with unusually high temperatures of up to 35 degrees Celsius today at the World Rowing Junior Championships in Račice in the Czech Republic.

The first race of the day, heat one of the junior men’s double sculls, was won by Italy in 6min 29.480sec ahead of Hungary in second and Lithuania in third.

The home favourites of Jakub Kynl and Jan Vacek then went in heat two and promptly won it in 6:31.720, to gain a spot in the quarter-finals.

The top four pairs in each heat secured a spot in the next round.

The others to make it through from the second heat were the Belgians Calvin Govaert and Jules Tuerlinckx, the Japanese Shunsuke Shimada and Yu Morinaga and the US pair Kristopher Fisher and Edward Tuckerman.

Heat three was then won by the Russians Aleksandr Suvorov and Maksim Zhevlachenko, before heat four was taken by Germany’s Paul Krueger.

The final heat, heat five, was lead from start to finish by Petros Gkiadazis and Grigorios Schizodimos from Greece.

In the men’s single sculls there were eight heats as the class features more entries than any other.

Only the top two from each race made it through and Peru had a strong start in the first heat.

SUI in good form at the #WRJChamps, winning their JW4x heat by over 5 seconds pic.twitter.com/VZte7V0Hyl

Angel Sosa could not keep up his early pace however, and eventually finished third behind Germany’s Moritz Wolff and Belarus’ Ivan Brynza, who crossed the line in 7:04.850 and 7:07.050 respectively.

Heat two was won by Belgium’s Tristan Vandenbussche in 6:57.850 ahead of Australia’s Cormac Kennedy-Leverett, while heat three was taken by the reigning junior champion Clark Dean from the United States in 6:52.200, a world junior record.

That race saw Uruguay’s Martin Gonzalez Volkman start the fastest, but his early pace was so quick, he completely ran out of steam before the end and finished four seconds behind the eventual winner.

The final class of the day, the junior women’s single sculls, featured rowers from 29 different countries, including the 2017 junior champion Ester Briz Zamorano from Spain.

Italy’s Greta Martinelli won the first heat in 7:49.180, while in the second heat the Greek rower Ermioni Lamprianidou hit a buoy and fell in the water.

Tomorrow’s races are due to start with the semi-finals of the junior men’s single sculls.