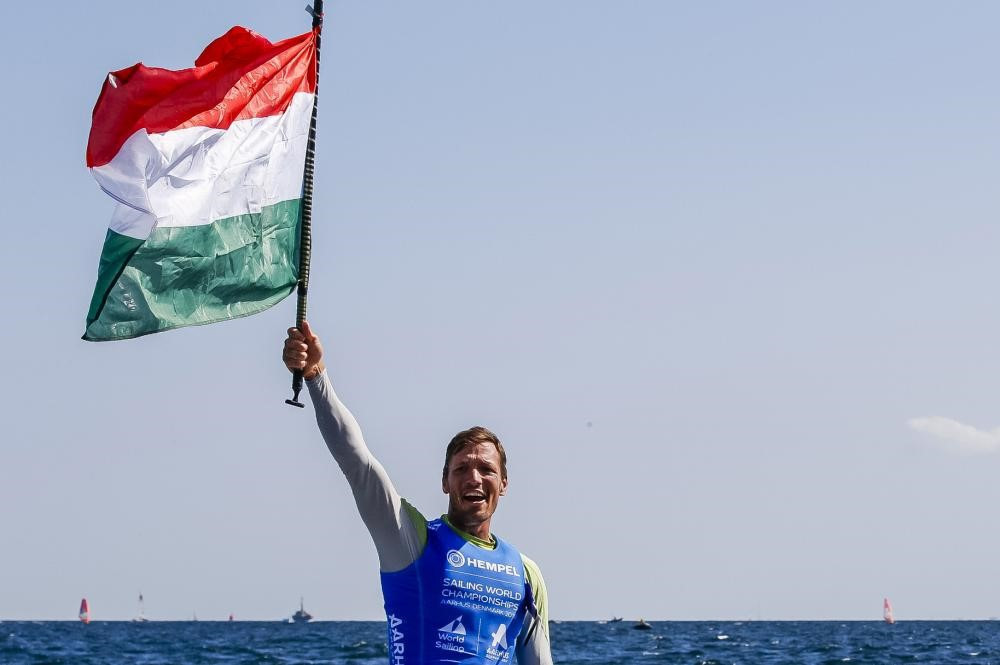 Zsombor Berecz became the first Hungarian to win the Finn class at a World Sailing Championships after he usurped Olympic gold medallist Max Salminen of Sweden in a dramatic finish in Aarhus.

Salminen was the strong favourite to seal the world title in the Danish city as he led by eight points going into the final day of competition in the class.

The Swede, winner of the Olympic gold medal in the star class at London 2012, needed only to finish fourth to top the podium.

He could only manage seventh place, allowing Berecz to steal the crown after the 32-year-old Hungarian crossed the line in second.

Pieter-Jan Postma of The Netherlands also enjoyed a successful day as he moved from sixth to third to take the bronze medal.

"I’m a human being and I know what it means for me, my team and my country; it is a big achievement," Berecz said.

"If you would’ve said at the start of the Championship that I will win it, I wouldn’t believe you.

"I only had one-and-a-half months of training before these worlds, but I spent it really well and it worked out."

It was a tough race for @keponnet & @Jeremiemion 🇫🇷 but they did enough to claim gold in the 470 Men Medal Race 🥇#Aarhus2018 ⛵️🌍🏆🇩🇰 pic.twitter.com/SdAQGO0TF5

There was further Swedish heartbreak in the men's 470 as European champions and overnight leaders Anton Dahlberg and Frederik Bergström endured a nightmare day.

The Swedish duo were in pole position for gold but failed to even clinch a podium finish after they were last today.

France’s Kevin Peponnet and Jermie Mion were the beneficiaries of the Swedish collapse as they moved from third to first on the leaderboard to claim gold.

"That was the hardest race I’ve ever sailed in my life," Peponnet said.

"The hardest bit of the race for me was to catch the other guy.

"To focus on your speed, with all the waves and chaos around you, it’s very hard."

Japan’s Ai Kondo Yoshida and Miho Yoshioka underlined their country's strength in the 470 class and sent out a signal of their intent for the 2020 Olympic Games in Tokyo by sealing the gold medal.

The Japanese duo finished ahead of Silvia Mas Depares and Patricia Cantero Reina of Spain, who ended with the silver medal, and the British pairing of Hannah Mills, the Rio 2016 Olympic champion and new team-mate Eilidh McIntyre won bronze.