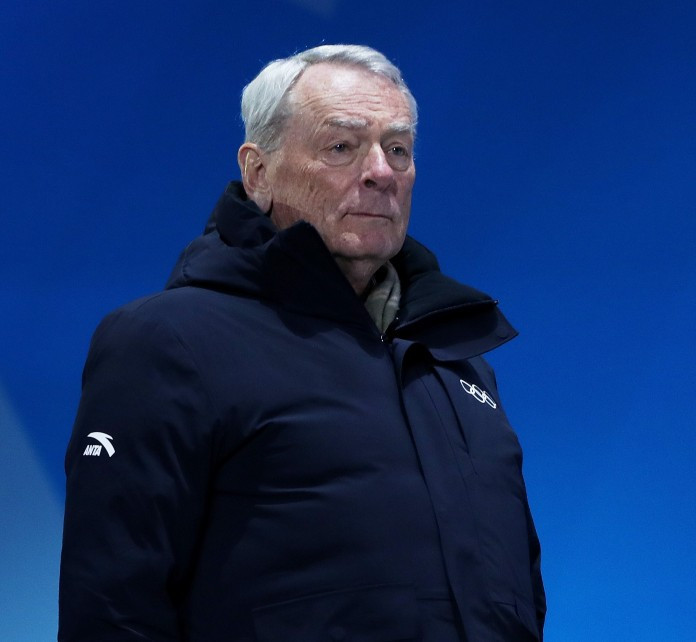 Most of the Commissions will not actually meet this year, however, due to the Summer Youth Olympic Games in October, and will instead convene from January 14 to 20 in 2019.

Canada's Pound, the most senior IOC member and a veteran lawyer who has frequently clashed with the organisation's leadership in recent years on the issue of Russian doping, is still a member of Communications and Marketing Commissions.

His exclusion from the legal panel appears significant, though, because it is considered one of the few panels which has retained genuine importance today, helping devise policy on issues including the joint awarding of the 2024 and 2028 Olympic Games as well anti-doping appeals.

An IOC spokesperson suggested that Pound's removal was part of an attempt to "shift the composition onto the next generation".

Coates sent a letter to the entire IOC membership during the Winter Olympics in Pyeongchang in February in which he said Pound does not deserve to be recognised as the "doyen" of the IOC after his "offensive" comments.

It followed the London Evening Standard quoting Pound as saying that "only athletes can scare IOC old farts into beating cheats", before a subheading claimed that Bach is "sending a bad message by rolling over" in relation to Russian doping.

Eurlings succumbed to growing pressure in The Netherlands to resign from all his IOC positions in January following an incident in which he was alleged to have assaulted his former girlfriend.

This panel could be significant considering the need for the IOC to improve its communications strategy in a bid to win Olympic bidding referendums.

Israel's Alex Gilady, however, remains on the Communications and Public Affairs and Social Development Through Sport Commissions as well as the Coordination Commissions for Tokyo 2020 - where he is vice-chair - and Paris 2024.

This comes as he continues legal action in an attempt to clear his name after being accused of sexual harassment and rape in Israel last year.

Taiwan's C.K. Wu remains chair of the IOC Culture and Heritage Commission despite resigning from other sporting positions, including his Presidency of the International Boxing Association, in the last year.

Fellow royals Princess Anne and Prince Albert of Monaco are continuing to lead the respective IOC Members Election and Sustainability and Legacy Commissions.

The IOC claim that their latest Commission compositions increase female representation as well as positions for figures from Africa and Oceania.

In total, 42.7 per cent of the positions across the 26 IOC commissions will now be held by women - hailed as a "historic high".