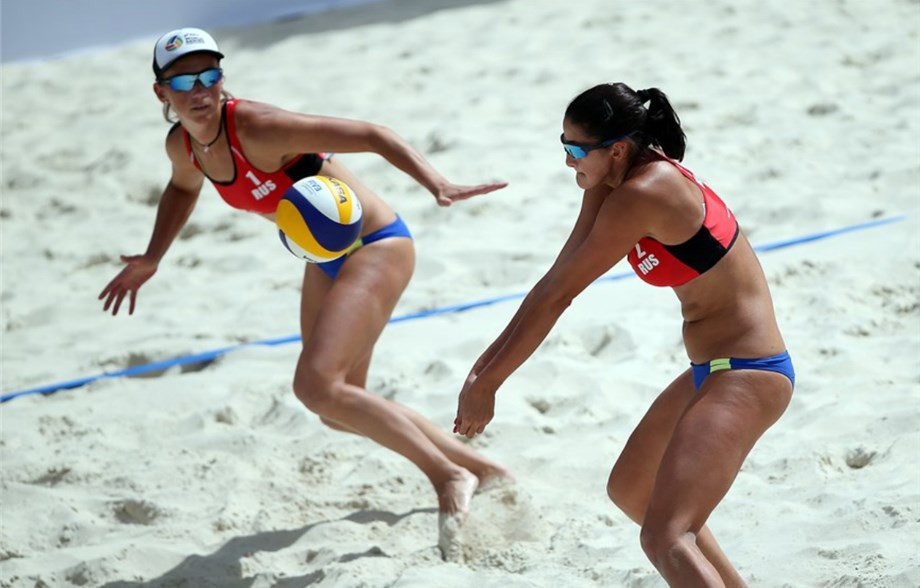 Alexandra Moiseeva and Ekaterina Syrtseva triumphed in an all-Russian clash on home sand at the International Volleyball Federation Moscow Open.

The four-star World Tour beach tournament is taking place in Gorky Park in the capital city.

Moiseeva and Syrtseva proved too strong for Ekaterina Birlova and Evgenia Ukolova in the women's qualifying match, with their success advancing them to the main draw.

"It is always an interesting match when we play against our team-mates as we know each other well from training together," Syrtseva said.

"We are very pleased to have won this match on our home sand.

"We will now fight in the next round to achieve the best result we possibly can."

Eight teams from each of the men's and women's draws have advanced to the main competition where 32 duos will compete.

Alvaro Filho and Thiago Barbosa of Brazil were among men's teams to go through as they beat Denis Shekunov and Dmitrii Veretiuk of Russia 21-19, 21-17.

The winners only teamed up at the 11th hour as usual partners George Wanderley and Saymon Barbosa have injuries.

"We were a bit nervous in the match because we are only together for this tournament," Thiago said.

"We had some nerves at the start, but then we continued to push each other and everything came together.

"We began to serve well, and pass and set well because even though the Russians are young, they are a very strong team."