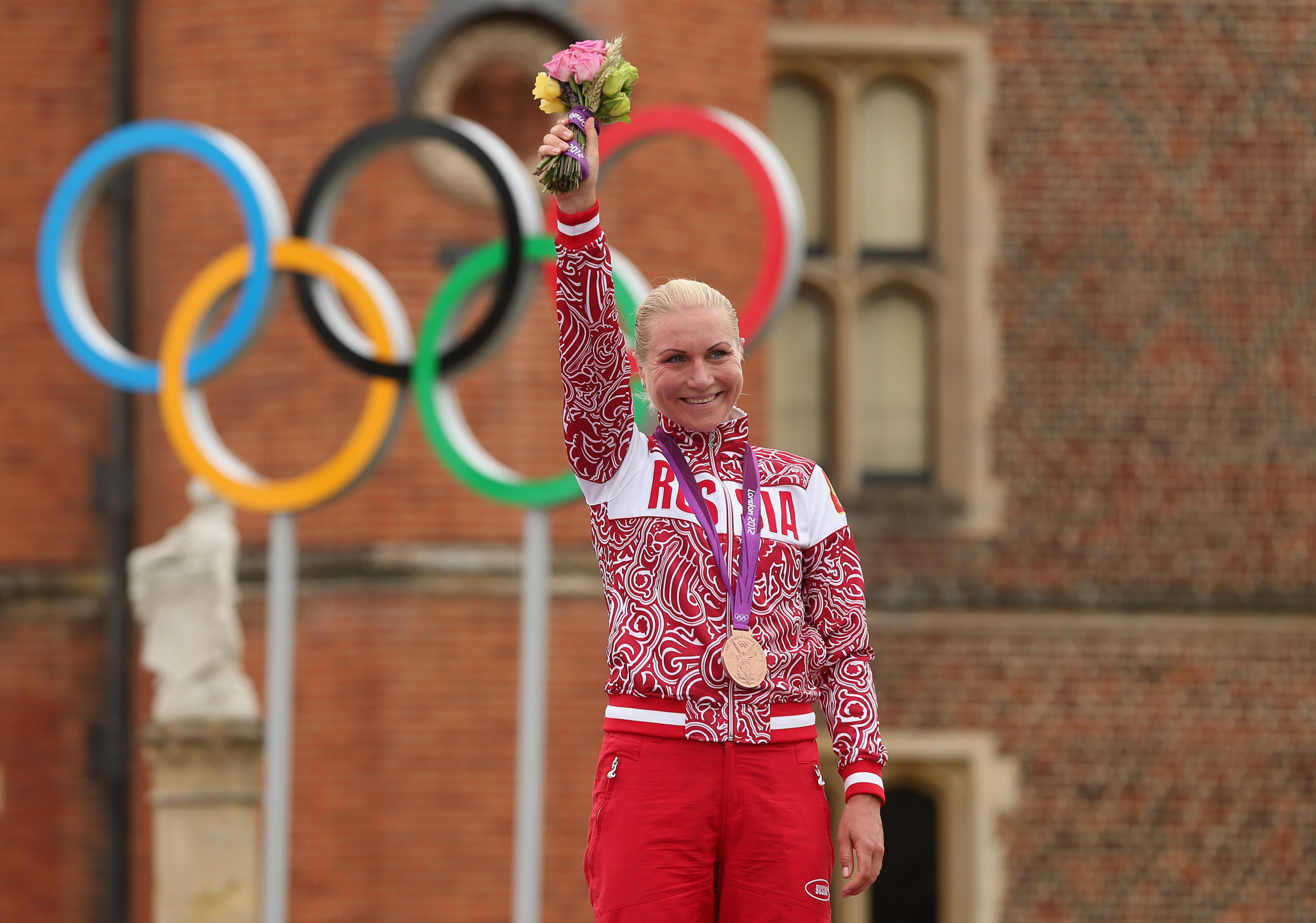 Olga Zabelinskaya has announced plans to switch nationality from Russia to Uzbekistan as the cyclist fears being barred from the Tokyo 2020 Olympics.

The 38-year-old three-time Olympic medallist claimed she could be banned from the Games in the Japanese capital due to the crackdown following the Russian doping crisis.

Zabelinskaya was nearly blocked from racing at the Rio 2016 Olympics - where she won time trial silver - as the International Olympic Committee (IOC) attempted to deny any Russian athlete who had served a doping ban.

The London 2012 road race and time trial bronze medallist had accepted an 18-month suspension for a failed drugs test for octopamine in February 2016 but the Court of Arbitration for Sport ruled that the IOC's stance was "unenforceable".

Russia were then forced to compete at this year's Winter Olympics in Pyeongchang under a neutral flag.

This followed evidence of the "systematic manipulation" of the anti-doping system at their home Sochi 2014 Winter Olympics as well as at other major events.

"I don't feel my age and I'm ready to fight for podium places in Tokyo," Zabelinskaya told Match TV.

"But you see what has been happening in Russian sport over the last two Olympic cycles.

"It all started in Rio, then the situation only deteriorated in Pyeongchang.

"I have a feeling that in Tokyo everything will be even worse.

"I'm 99 per cent confident that my participation in the 2020 Olympics will be impossible under the Russian flag."

According to RT, the Russian Cycling Federation will not support Zabelinskaya's proposed change of nationality.

The body's President Vyacheslav Ekimov called her announcement "an unpleasant surprise" and suggested she would not be able to represent Uzbekistan until after a two-year interim period, meaning she would miss Tokyo 2020 anyway.

Zabelinskaya thought she had won time trial gold at Rio 2016, but did not realise that eventual winner Kristin Armstrong of the United States was still out on the course.