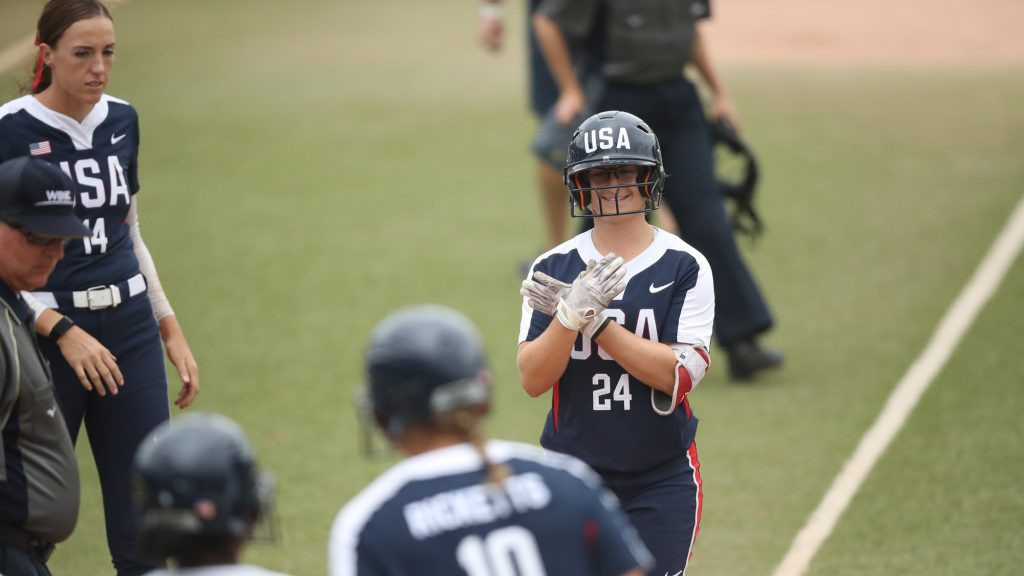 Holders United States, hosts Japan and Puerto Rico all made it six wins from six games as pool play continued at the Women's Softball World Championship in Chiba.

The Americans thrashed South Africa 7-0 in Group A as the tournament continued across the Zett A Ball Park and NASPA Stadium venues.

Rachel Garcia, Keilani Ricketts and Kelly Barnhill combined to pitch a no-hitter, with a total of 14 strikeouts.

Kristi Merritt and Sahvanna Jaquish both homered in the American success which ended after five innings.

Puerto Rico are level with the US in Group A as they beat New Zealand 4-1.

They have a record of four wins and two defeats with Chinese Taipei fourth on three wins and three losses.

In Group B Japan edged Canada 2-0 on home soil and are the only side in the pool still unbeaten.

Australia thrashed Britain 11-0 and are second with five wins and a defeat.

China demolished Botswana 15-1 and are level with Canada as both countries have four victories and a pair of losses.