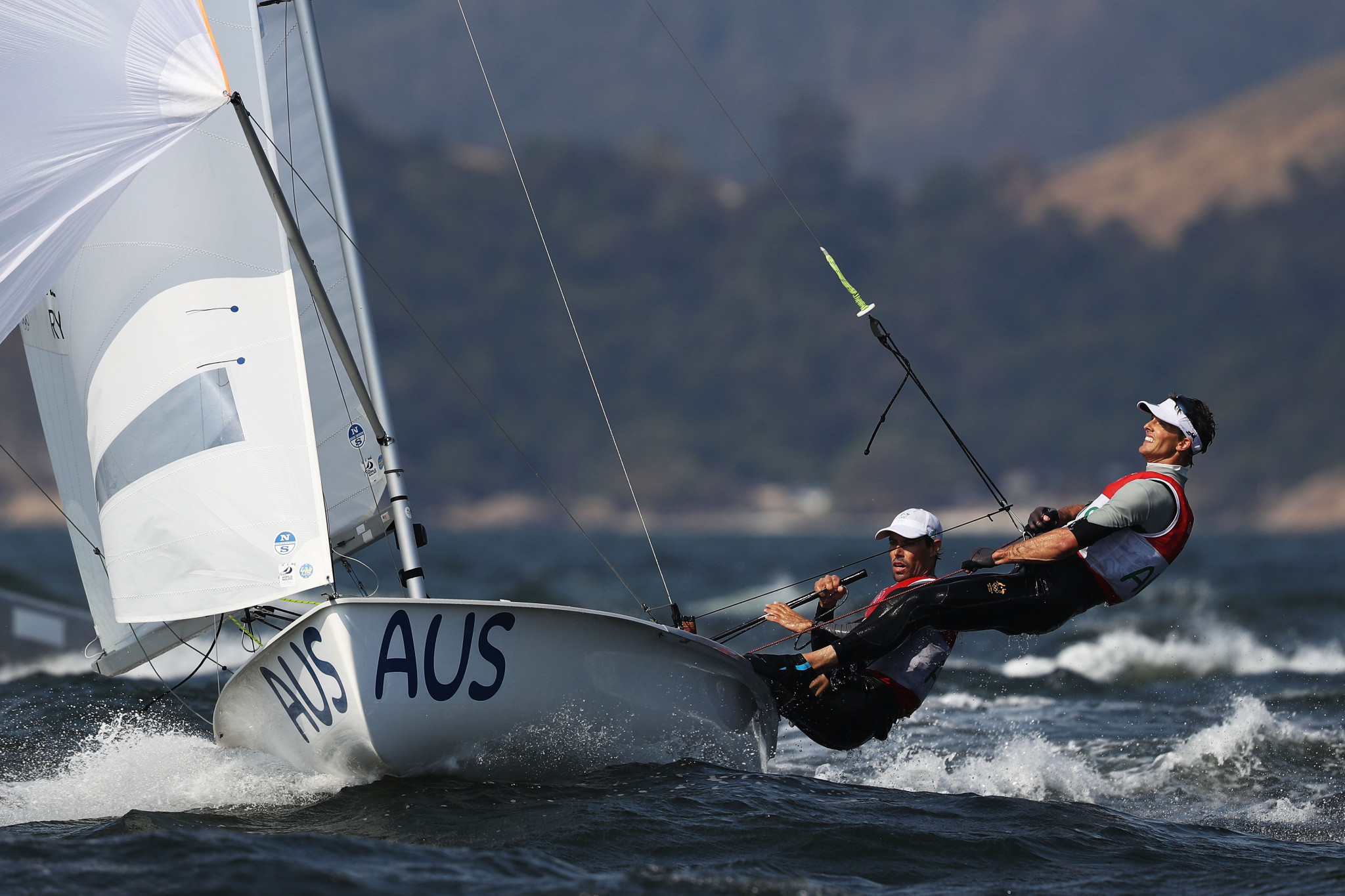 Olympic silver medallists Mathew Belcher and Will Ryan moved within a point of the overall lead after winning today's only men's 470 race at the Sailing World Championships.

The Australian duo crossed the line first on a day of variable winds in Aarhus to move onto 22 points for the regatta.

Three more races are still to come before the medal race finale.

Zofia Klepacka of Poland sits top of the leaderboard by a single point after three races of the women's RS:X windsurfing class.

She placed third in today's race and lies a point clear of France's Lucie Belbeoch, who won today, and China's Yunxiu Lu, who was fourth and is third on countback.

Racing was impossible today in the Nacra 17 class.

France's Lucas Rual and Emile Amoras still lead in the men's 49er class after one race was possible.

Tim Fischer and Fabian Graf of Germany are third, a further point back.