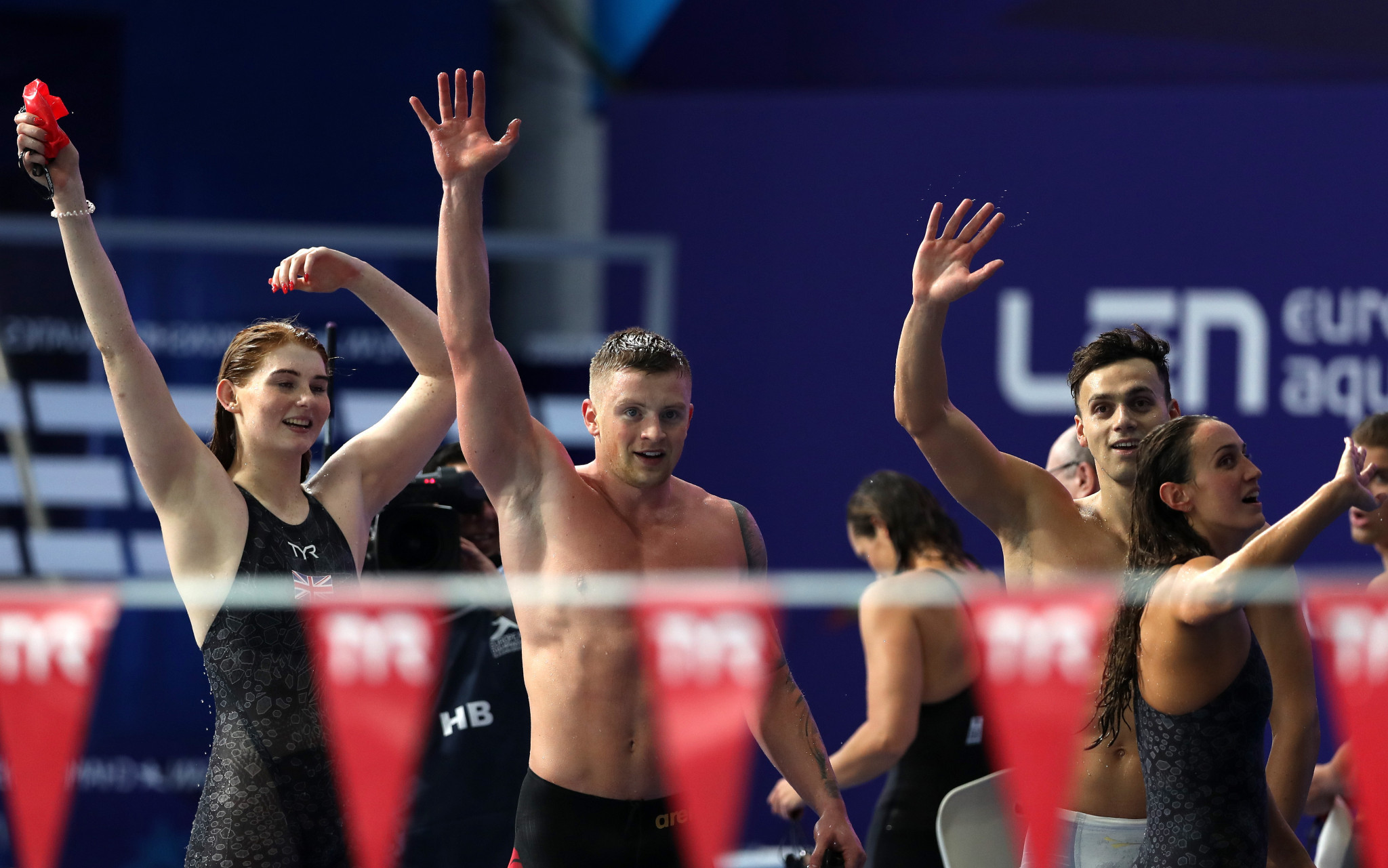 Hosts Great Britain broke their own continental record in the mixed 4x100 metres medley relay to round off the fourth evening of swimming action here at the Glasgow 2018 European Championships.

The only new addition to the team here, from that which competed in Hungary's capital, was teenager Anderson, in for Siobhan-Marie O'Connor.

The 17-year-old was given a lead of more than four seconds going into the final leg and held off her male rivals to seal victory.

"I felt like I was getting hunted down by a few of the men, but you get your head down for the team," Anderson said.

"It worked out well.

"It's a great atmosphere here, and being in Great Britain it's great to have the home crowd."

A European record was also broken today in the men’s 200m breaststroke as Russia’s Anton Chupkov triumphed in 2:06.80.

The 21-year-old sliced 0.16 seconds off the time he set to win the gold medal at last year’s World Championships.

Britain’s James Wilby finished second in 2:08.39, beating Italy’s Luca Pizzini to the silver medal by a margin of 0.15 seconds.

Pizzini edged home favourite Ross Murdoch in the battle for bronze with just 0.01 seconds between them.

Chupkov’s compatriot Kliment Kolesnikov continued his impressive form at the Championships, leading a Russian one-two finish in the men’s 100m backstroke in a world junior record time of 52.53.

The 18-year-old bettered the 52.95 he set yesterday in qualifying fastest for the final, which came 24 hours after he broke the world record in the 50m backstroke.

As well as being part of Russia’s mixed 4x100m medley relay team today, Kolesnikov also contributed to his country’s gold medal in the men’s 4x100m freestyle relay on Friday (August 3).

The first final of this evening saw Hungary’s Boglárka Kapás cause a shock to secure the women’s 200m butterfly title in an extremely tight finish.

The winning time was 2:07.13 with Russia's Svetlana Chimrova taking the silver medal in 2:07.33 and Britain's Alys Thomas clinching the bronze in 2:07.42 to the delight of the home crowd.

The 23-year-old won by 1.77 seconds from The Netherlands’ Femke Heemskerk.

Russia's Anastasia Guzhenkova finished a further 0.05 seconds back in third.

Heintz finished 0.79 seconds behind, while the bronze medallist was Britain's Max Litchfield, who was returning to action here after a year marred by injury, in 1;57.96.