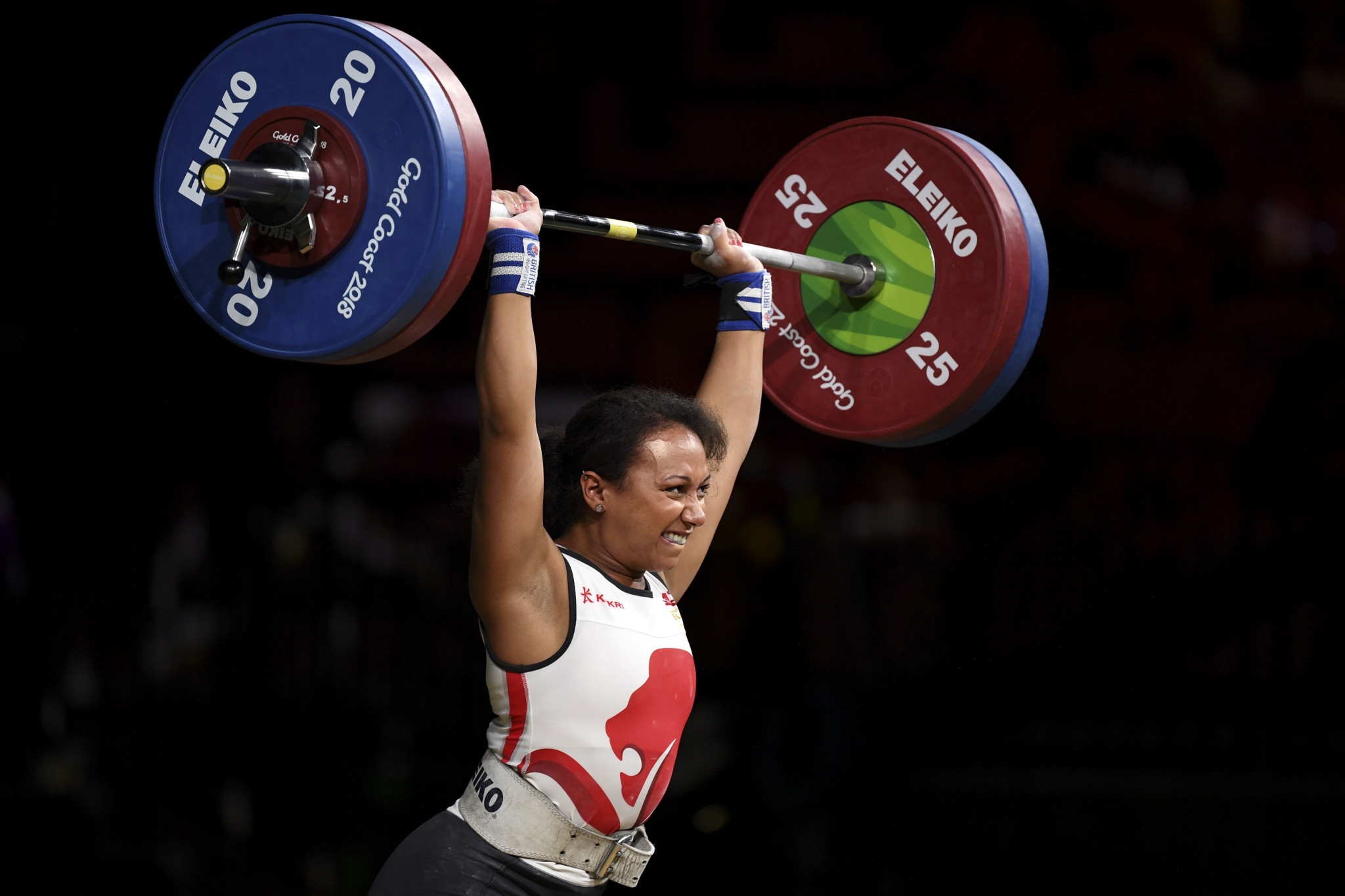 Britain's elite weightlifters have had to turn to crowdfunding in their attempt to qualify for the Tokyo 2020 Olympic Games, as the sport has hit rock bottom financially.

For the first time in memory, Britain cannot fund a team to compete in the International Weightlifting Federation (IWF) World Championships, which will be held in Ashgabat, Turkmenistan, in November.

Britain has had weightlifters at every Olympic Games since Berlin 1936 but that run may end in Tokyo if the athletes' fundraising efforts do not bring in enough for them to attempt to qualify via the next two IWF World Championships and European Championships.

The hopefuls who would have been in contention for Tokyo include Zoe Smith and Emily Muskett, who competed under her maiden name of Godley before marrying this year, both of whom have won Commonwealth Games gold.

Sarah Davies, who was sixth at the IWF World Championships last year, and her partner Jack Oliver, who competed at the London 2012 Olympic Games, would also be in the frame.

"Weightlifting has never been in a position like this before in Britain," said Ashley Metcalfe, chief executive of the national governing body British Weightlifting.

Weightlifting was one of five sports that lost its elite level funding last year, when UK Sport decided it was not strong enough to bring home medals from Tokyo.

"It's massively challenging and in so many ways is unfair for a sport that has improved dramatically over the past five or six years and which has the potential to improve further in future," said Metcalfe.

Archery, badminton, fencing and table tennis also lost their funding, and all five sports then failed in their appeals.

"We're not on our own," said Metcalfe.

"Lots of other athletes are faced with the same prospect.

"We had to be open and up front with the athletes, and told them at a meeting on Monday.

"We have no funding from UK Sport, no historical reserves, and we had to give them advance warning that the only way is for them to self-fund.

"Most of them took the decision well.

"This is not British Weightlifting making life difficult for the athletes, it's the reality of the situation."

Any British lifters who fail to make it to Turkmenistan this year will face an almost impossible task of qualifying for Tokyo.

Smith, 24, who missed the Rio 2016 Olympics with a serious shoulder injury, heard about the situation with the rest of Britain's top lifters.

Within hours she had started a crowdfunding appeal that brought her more enough to fund her own trip to Turkmenistan for the World Championships.

"It's embarrassing to ask for hand-outs but this is our dream," said Smith.

"It's gone extremely well in the first couple of days, with so much support not just from friends and family but from people I've never met who say they have followed my career.

"I've made a little video on Instagram to say thanks.

Under the new Olympic individual qualifying system, those four events are the key to the British lifters' hopes.

"There's not much anyone can do about the situation, and we had heard rumours before we were told," said Smith.

"British Weightlifting are as unhappy about it as we are.

"It would be such a shame if we missed out purely on a financial basis when we're good enough to qualify."

Britain had already lost its best young lifter because of the funding cutbacks when Rebekah Tiler, a silver medallist in the Youth and Junior World Championships last year, lost her annual grant and retired from the sport in June.

Metcalfe said: "We are lobbying hard, with the other sports, for UK Sport to change its strategy post-Tokyo.

"All Olympic and Paralympic sports should get a basic amount of funding to ensure they can continue to have world-class programmes and their own athletes have a chance to qualify.

"There should be a bare minimum."

Davies and Oliver have also set up crowdfunding platforms, and Davies said the funding cuts would have "a massive effect on participation in these sports".

She also said she would have to work more hours to raise money.

"It's one thing trying to raise the money but if your performance takes a hit because you're not doing the training it's all for nothing," said Davies, who also favours a "baseline level" of funding for all Olympic sports.