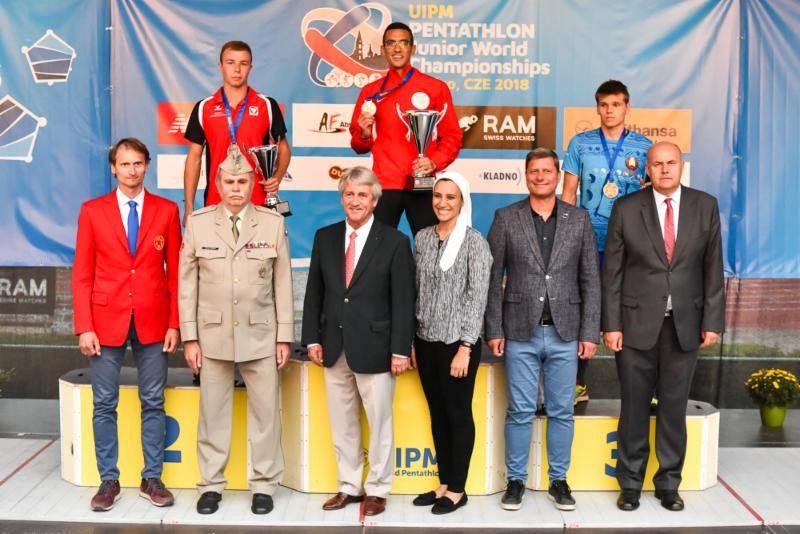 His victory added to the Under-19 Tetrathlon World Championships crown he also claimed four months ago.

But he excelled in the final discipline and had a six second advantage by the time of the last shoot as he came home to win.

Gustenau settled for silver with bronze going to Belarus and Ivan Khamtsou.

"The semi-final was not good for me but this was a good day in riding, fencing and swimming, and I'm very happy to achieve this medal," said Elgendy.

"This is my second gold medal at a World Championships this year, so I'm very happy today."

Elgendy was third fastest in the swimming and added four points to his tally in the fencing bonus round.

He lost ground in the riding but his laser-run proved more than enough for gold.