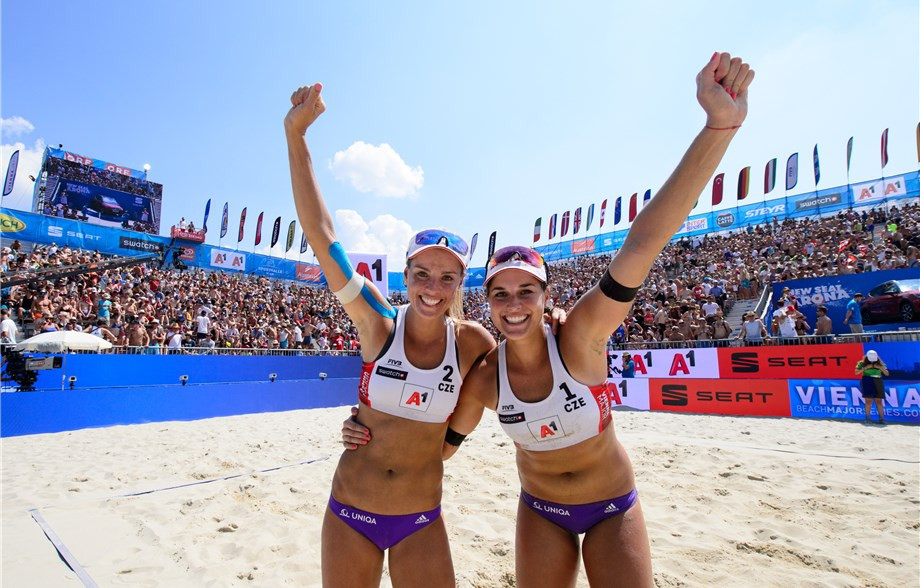 "We really wanted it, so it feels amazing now," said the 27-year-old Hermannová.

"Maki [Slukova] had a fantastic tournament.

"She had intense pain on her shoulder and we didn’t even know if we would be able to play this tournament.

"But in the court, she was just hitting bombs, digging the ball everywhere and I’m very proud of what she did and how she managed to keep her condition unapparent."

Sluková herself called it the biggest win of their careers.

"It’s so amazing to play in front of such a country and bring the gold medal home, especially after how the game started,” she said.

"We started so badly.

"We couldn’t find each other in setting and really didn’t have counter attacks."

Sluková added: "We thought we were really embarrassing ourselves and this wasn’t the way we wanted to end the tournament.

"We had our problems, but we really stuck together and that’s what I’m most proud of."

The final was the fourth time the two sides have met on the FIVB World Tour and the Czech’s now lead the head-to-head 3-1.

Both pairs also had their semi-finals today at the Donauinsel Arena.

The Brazilian’s saw off current European champions Sanne Keizer and Madelein Meppelink from The Netherlands 21-17, 23-21.

The pair of 23-years-olds have won six matches in the last five days to make it so far.