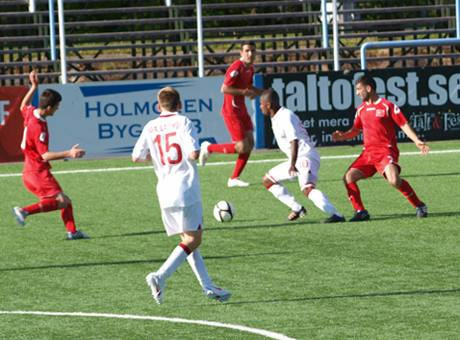 The event is taking place in stadiums in four towns: Tingvalla IP and Örsholmens IP in Karlstad, Sannavallen in Kristinehamn, Solviksvallen in Arvika and the Sannerudsvallen in Kil.

It is set to continue until August 18.

Hosts Sweden, France, Germany and Argentina will meet in Group A.

Saudi Arabia will then play against European champions Poland, Japan and Russia in Group B.

South Africa were also due to compete in Group A but were a late withdrawal, with all other teams to be awarded an automatic 3-0 victory.

Sweden are scheduled to open the tournament against Germany tomorrow.

Saudi Arabia are due to begin the defence of their title against Russia on Monday (August 6).

"At the World Championships in Germany in 2006 we did not expect to become world champions at the time, but we had trained a lot," Saudi Arabian captain Abdallah Aldosari said.

"Our readiness began two years before the tournament but we were afraid of the Dutch team and their strength as well as Poland."