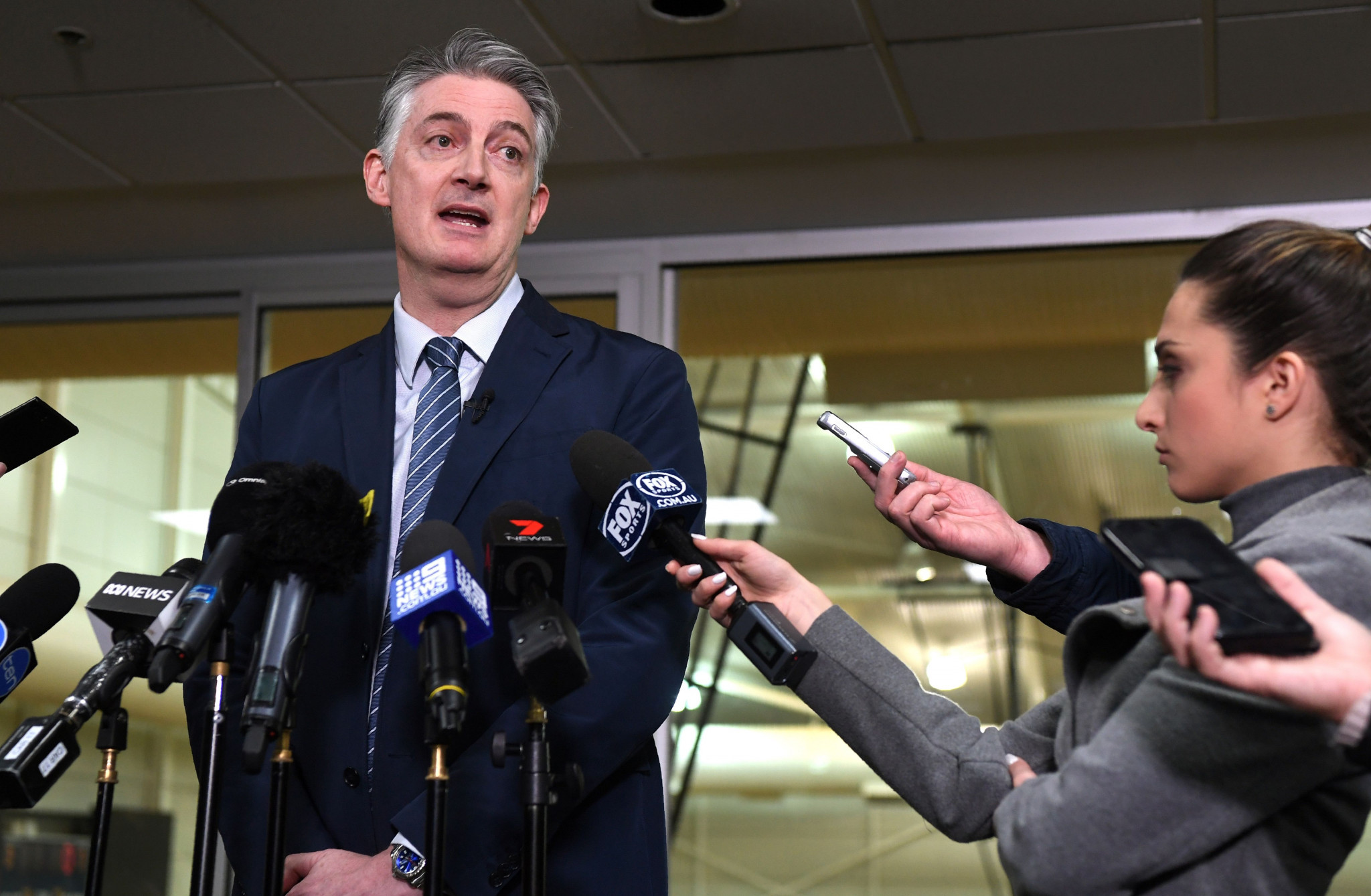 Basketball Australia (BA) say they will not appeal the sanctions handed down by the International Basketball Federation (FIBA) after a major brawl broke out in a World Cup qualifier between their men's side and The Philippines.

A large fight broke out in the third quarter involving most of the players and some fans from the crowd as well.

Thirteen of the players were immediately disqualified from the game on July 2, which initially resumed before being abandoned when two foul outs left The Philippines with just one player.

BA chief executive Anthony Moore said when the sanctions were announced that it was "unlikely" they would appeal against them and that stance has now been confirmed.

"Our legal advice examined a range of appeal options," he said in a statement today.

"However, the chances of success under the FIBA appeal process are very low so we have decided to pursue these matters with FIBA independent of the appeal process."

The BA board have agreed to appoint an independent consultant to conduct a review "of all matters" relating to their tour of Japan and The Philippines,

Recommendations on what should change will then be made to the board prior to the next senior team tour in September.

"We have agreed to treat this unfortunate incident as a learning opportunity for the entire organisation and we are committed to improving the practices for all of our 22 national teams as we travel throughout the world playing in FIBA basketball tournaments," Moore added.

"We now look forward to the next World Cup qualifying games between the Boomers, Qatar and Kazakhstan in September."

Both their head coach and assistant coach were suspended for one and three games each.

In addition, the entire refereeing team from the match have also been banned from officiating at any international matches for a year.