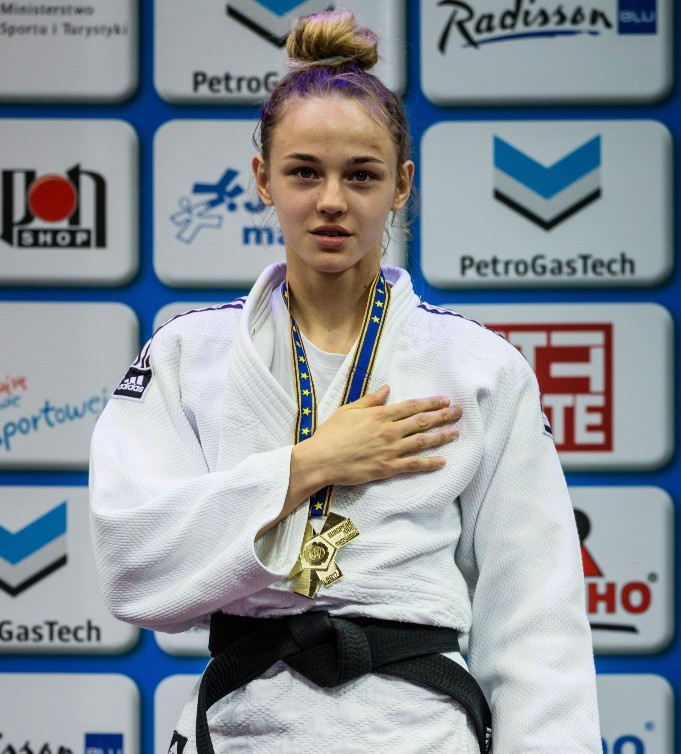 The Ukrainian 17-year-old sparkled at the Zagreb Arena in the Croatian capital, stretching her winning streak to 25 contests and winning her third Grand Prix gold at under-48 kilograms.

She defeated Russia's world number three Irina Dolgova in the final, who was penalised three times for a hansoku-make.

The competition is the second event on the IJF World Tour offering qualification points for the Tokyo 2020 Olympics.

Other women's divisions included a win for Japan's world champion Ai Shishime at under-52kg, after she beat world number three Amandine Buchard of France in the final.

Buchard bounced back for bronze with American Angelica Delgado.

An all-Canadian final at under-57kg was won by Christa Deguchi over compatriot Jessica Klimkait.

Double world champion Naohisa Tokato of Japan won at under-60kg as he beat Adonis Diaz to extend his run to 26 straight contests.

He bagged a massive ippon just 57 seconds into the final.

Tal Flicker of Israel then wrapped up the under-66kg title.

He saw off Ukraine's Georgii Zantaraia as Hifumi Abe of Japan and Baruch Shmailov of Israel won bronze.

The men will be in action at under-73kg and under-81kg tomorrow.