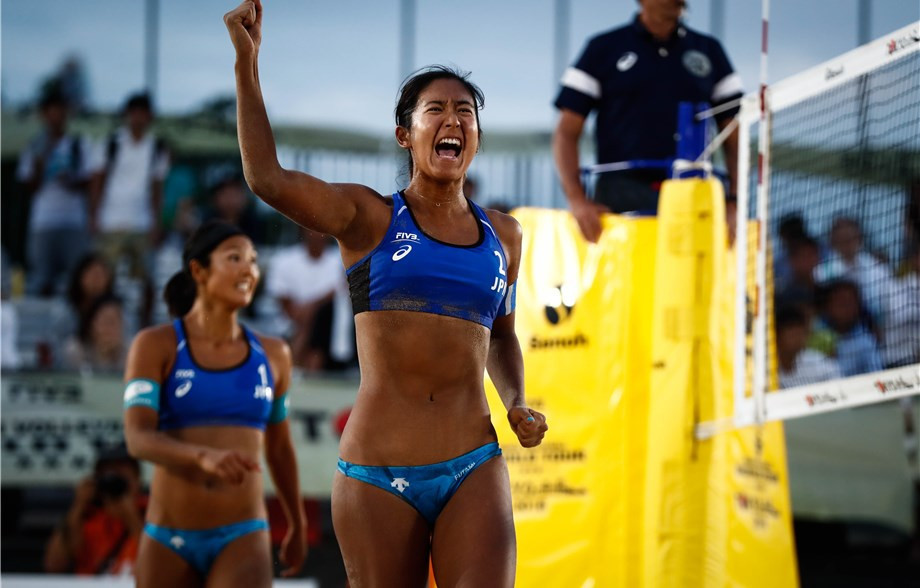 The three-star Beach World Tour event is a taste of what things could be like at the 2020 Olympics in Japan's capital.

Azusa Futami and Akiko Hasegawa defeated Thailand's Varapatsorn Radarong and Thanarattha Udomchavee to ensure they will play in the round-of-16.

"There were things that did not go well since we started the competition, but we kept a strong mind to win," Futami said.

"We showed our fighting spirit in this match."

Chiyo Suzuki and Reika Murakami joined their compatriots in going through as they beat Americans Amanda Dowdy and Irene Pollock 21-17, 16-21, 15-13.

In men's action, Serbia's Stefan Basta and Lazar Kolaric were among those to book their place in the quarter-finals.

Also going through to the last eight are Austria's Robin Seidl and Philipp Waller, who beat Turkey's Safa Urlu and Hasan Huseyin Mermer 21-12, 21-19.

Americans Casey Patterson and Stafford Slick joined them after a 21-14, 23-21 win over Switzerland's Gabriel Kissling and Michiel Zandbergen.