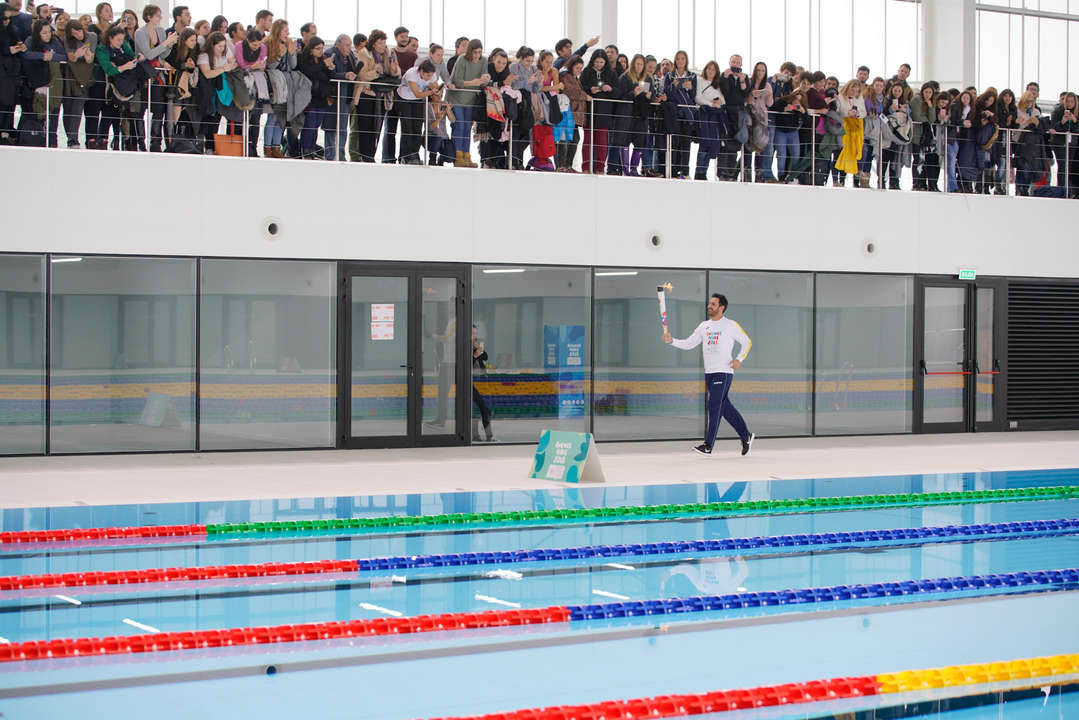 The Youth Olympic flame for Buenos Aires 2018 has been officially received in Argentina's capital.

A welcome ceremony was held by the Organising Committee at the Aquatic Centre in the Youth Olympic Park.

It followed the lighting of the flame in Greek capital Athens, which kick-started the Games' Torch Relay.

Gerardo Werthein, President of the Buenos Aires 2018 Organising Committee, was in attendance alongside the city's Mayor Horacio Rodriguez Larreta as a number of Argentinian athletes ran with the Torch.

Cyclist Juan Curuchet, who won Olympic madison gold at Beijing 2008, was the first carrier and passed the flame to rower Sol Ordas, a Youth Olympic hopeful.

Sailor Dante Cittadini, another Buenos Aires 2018 competitor, was next up before London 2012 Olympic taekwondo champion Sebastián Crismanich took over.

He passed on the flame to Victoria Saputo, a Pan American youth boxing champion, with Teresa Romairone, who will partner Cittadini in the Nacra 15, last up.

"We want this to be the Torch of peace and union of all people through our city," said Werthein.

"The act had an unforgettable moment when the sacred fire was handed between Argentine sport legends and young athletes who will compete at Buenos Aires 2018."

"Iconic" Argentinian geography will also be visited on a 14,000 kilometre journey before the Opening Ceremony on October 6.

The ceremony lighting the flame at Athens' Panathinaiko Stadium was shortened as a mark of respect to those who have died in Greek wildfires.

Changes included the traditional Dance of the Priestesses not taking place.

The Games will close on October 18.